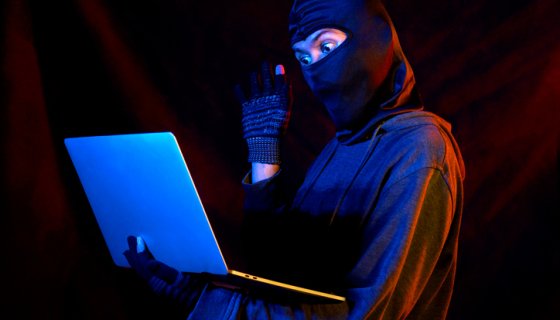 Even during a global pandemic, these hackers are still bored out of their minds and can’t find a better use of their “skills.”

The cause of the breach was not immediately clear, the scope and rather unusual large scale of the attack were quickly realized due to how many accounts were breached. Cybersecurity company CrowdStrike co-founder Dmitri Alperovitch who has seen his fair share of breaches in his day, described this latest cyber intrusion as “the worst hack of a major social media platform yet.”

Reportedly the scammers received more than $100,000 worth of cryptocurrency. Alperovitch “says things could have been far worse and that the public dodged a massive bullet.”

“We are lucky that given the power of sending out tweets from the accounts of many famous people, the only thing that the hackers have done is scammed about $110,000 in bitcoins from about 300 people.”

In a series of Tweets, Twitter announced it was investigating the “security incident” and also stated:

“We detected what we believe to be a coordinated social engineering attack by people who successfully targeted some of our employees with access to internal systems and tools.”

We know they used this access to take control of many highly-visible (including verified) accounts and Tweet on their behalf. We’re looking into what other malicious activity they may have conducted or information they may have accessed and will share more here as we have it.

Twitter also announced that it would at the time in response to the targeted attack on verified accounts, aka “blue check Twitter” would limit their activity, which including not allowing them to tweet.

This was disruptive, but it was an important step to reduce risk. Most functionality has been restored but we may take further actions and will update you if we do.

BUT, Twitter did not mention a story on Motherboard that shared photos of the internal tools and “citing anonymous sources in the SIM swapping community that said an insider did the work for them.”

As with any situation on social media, regular Twitter seized the moment to make light of the brief moment that “blue check Twitter” was silenced while they pretty much ran timelines.

All we ask is, can these hackers do something productive like finding tax returns? Or how about throwing a cyber monkeywrench into Sallie Mae’s bill collecting plans?

Anyway, you can peep the reactions to the bitcoin scam that rocked the verified Twitter massive in the gallery below.

OK, I can tweet again. But I must admit, seeing how festive things got on Twitter with blue checks silenced, maybe this should become a regular occurrence.

Retweet if you can see this

Take my blue check away I don’t want it!!! pic.twitter.com/hDKC5yZWIP

People without #bluecheck out here wilding out. 👌 pic.twitter.com/nZADilpK6k

Not crazy about the blue check lounge where we all had to spend the afternoon. Only one massage table. No nuts at the ice cream sundae bar.

If you’re missing your favorite funny blue check pundit, don’t worry, I’m sure the people they steal their jokes from are still tweeting.

Oh shit, they back #bluecheck pic.twitter.com/Fsh47sztPq

how blue checks are acting after being locked out of here for less than two hours pic.twitter.com/ruuRxlNo8y

As one of the few unions without a blue check mark, I guess we’re the de facto leaders of the labor movement now. pic.twitter.com/MWKnVbpP5w

The blue checks are back. Everyone scatter!

Blue checks, what was it like? Did you see God?