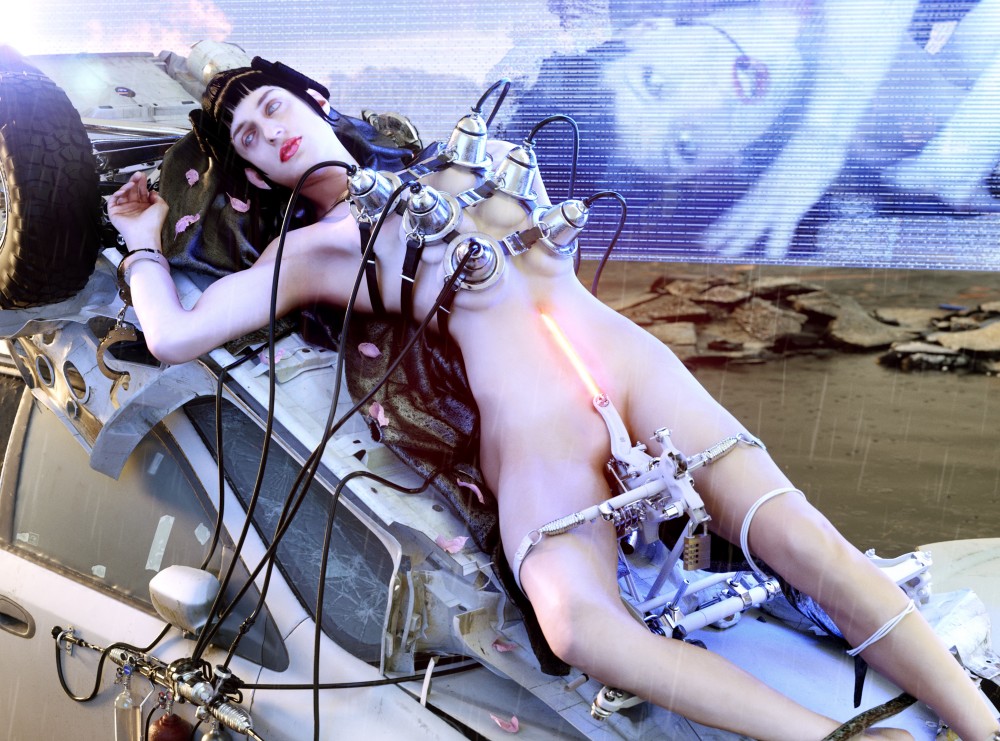 She’s back — and she’s terrible for SEO.

The Venezuelan artist-producer Arca premiered her near hourlong song, “@@@@@,” now available for listening via Diva Experimental FM, a special collaboration with NTS Radio. It’s Arca’s first new music since releasing her eponymous 2017 LP, which was named one of Rolling Stone‘s Best EDM and Electronic Albums of 2017.

The frenetic new song showcases dembow rhythms, childish giggle tracks, and samples of gunfire — pitter-pattering interchangeably beneath chilling whirs of synth and bass. Arca’s lyrics range from diaristic (“How does one coax in the face of pain?”) to warped field recordings from what’s presumably a drag ball (“Shake that pussy! ¡Vamo’ mujer!“).

Arca explains in a press release: “@@@@@ is a transmission broadcasted into this world from a speculative fictional universe, in which the fundamentally analogue format of FM pirate radio remains one of few means to escape authoritarian surveillance powered by a hostage sentience gestated by a post-singularity AI. The host of the show, known as DIVA EXPERIMENTAL lives across multiple bodies in space in virtue of her persecution — in order to kill her, one would first have to find all of her bodies. The bodies that host her carry fetishes for paralinguistics, breaking the fourth wall and nurturing a mutant faith in love in the face of fear.”

The song will be available on all streaming platforms starting February 21st.

Arca has also announced 13 international tour dates set for this spring. The tour kicks off April 3rd at Rewire Festival and spans across the U.S. and Canada, then wraps up at Barcelona’s Sonar Festival. The tour follows her residency at New York art space the Shed, where she was joined onstage by frequent collaborator Björk, as well as actor Oscar Isaac, who performed a new rendition of Samuel Beckett’s Ohio Impromptu.