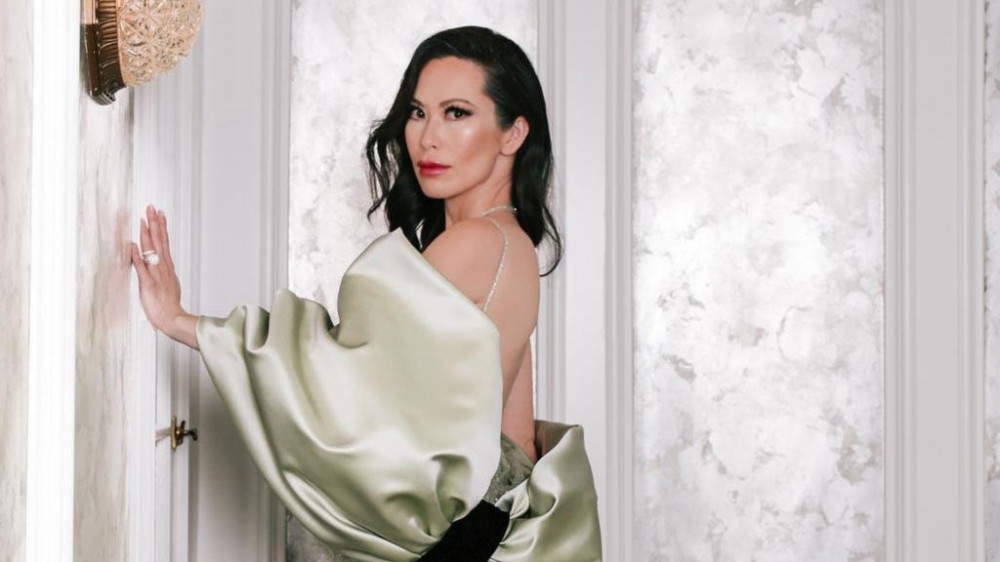 Spring/summer 2021 was a couture season like none other. The jet-setting members of fashion’s front row have had their routines upended over the past year, viewing the collection via laptop. More than a series of appointments, couture is a social experience connecting brands and clients for intimate fashion moments that bolster the industry’s most valuable artform. Sure, ready-to-wear is nice, but nothing compares with taking in the haute couture collections.

For those who fill their archives with museum-worthy pieces, couture’s significance goes beyond what can be glimpsed in a photograph or Livestream. “What a lot of people don’t understand is that it’s not about labels,” shared collector Christine Chiu on the phone from Los Angeles. “My fascination with it comes from a place of respect and admiration. Couture is art, one that allows you to live out your dreams while you’re experiencing the pinnacle of creativity.”

If you’ve been binging Bling Empire on Netflix, you have Chiu to thank for your winter escapism. Chiu’s storyline provides much of season one’s drama—the central element of any reality TV experience—and she’s emerged as its glamorous antiheroine. And with spats over Mellerio vs Boucheron, in-depth discussions about accessories, and an overarching focus on the importance of style as both a signifier of status and tool for expression, Bling Empire is intrinsically linked to fashion. "The draw is the bling, flash, and all the superficiality, but the goal is to start a dialogue around these characters,” says Chiu. “One of the things I’m proud of about this project is that we’re showing how television can be interesting without flipping tables or hitting below the belt. I make fun of myself in some scenes, but people understand it’s for entertainment value. We always show just enough to get viewers hooked.”

Though audiences saw glimpses of Chiu’s life as a mother to son, Gabriel (aka Baby G.) and entrepreneur (she is co-founder of med-spa Beverly Hills Plastic Surgery), you can only fit so much into an episodic format. Her expansive archive of runway fare and knowledge on the subject, goes beyond what she wears on screen. A collector for more than a decade, she’s picked up surrealist numbers like a wearable, 24-carat-gold rendering of Dior’s atelier created in collaboration with artist Penny Slinger as well as sculptural Atelier Versace gowns with mile-long trains. “I’ve undergone a clear shift from buying things I look good in or simply want to wear, to buying pieces that can eventually become part of a museum collection,” says Chiu. “The reason I bought the Dior house instead of a beautiful gown or one of the sexy lace looks within the fall/winter 2019 collection is because they’re currently renovating the house on Avenue Montaigne, and that is a place we all remember and have great memories of over the years. I don’t know if I’ll ever wear it, but it represents a part of fashion history.”

Chiu brightens when she discusses her fashion week milestones: filling her cart up during Chanel’s fall/winter 2014 supermarket sweep or taking in the grandeur of Armani Prive’s hippie-chic eclecticism during spring/summer 2020. “The joy of fashion is that it’s transformative and interactive,,” explains Chiu. “You can be taken to another time, place, and a whole different mood when you’re engaged.” Selecting standouts each season requires foresight, but with couture, each look’s singularity aids in the process. “What’s great is that everything is one-of-a-kind and there will never be another made,” says Chiu. “Each comes with a story that reflects not just the season in fashion, but the mood of the times. When I look at the pieces I own, I don’t think ‘oh wow, cute dress’ [instead] I’m taken back to when I sat at the show, who I was talking to, the architecture of the venue—these buildings are all historically significant—and where I was in my life when I acquired it.”

Given her understanding of fashion’s ability to be a time capsule, it makes sense that Chiu has become a resource for museums. Amassing a significant collection means sharing its beauty with the world, something she hopes to prioritize in the coming years. Her ornate, cross-covered Dolce & Gabbana Alta Moda dress featured within the Metropolitan Museum of Art’s Heavenly Bodies: Fashion and the Catholic Imagination exhibit in 2018 and as a member of Los Angeles County Museum of Art’s costume council, she’d like the public to share in the couture experience and one day see her collection on display. “My son isn’t going to wear these, and they aren’t the kind of clothes you can hand off to another person,” she says. “Couture is meant to be viewed and enjoyed as art, so I want there to be a meaningful passing on.”

More than simply witnessing the talents of seamstresses and dressmakers, Chiu has, over the years, gotten to know the teams personally and connect with the familial aspect of couture’s intimate world. “I’ve met so many women who have learned the craft from their mothers and grandmothers,” says Chiu. “Their families have worked for these fashion houses for generations and passed the techniques down. When you put on a piece, some of them cry because they’re so proud of the work they’ve put in. It’s hundreds of hours of blood, sweat, and tears.” When you’re close with the team, they’ll even go the extra mile. “When I was going through fertility treatments my weight was fluctuating like a rollercoaster, and I would go up and down by 15-20 pounds, so I continuously had to have dresses refitted,” says Chiu. “The team at Chanel remade my dress four times, and I know that wasn’t easy, and it [resulted in] lost money. I was so touched that they worked with me and were a part of that time in my life. I was struggling with infertility, there were times when I just broke down, but it had this beautiful outcome. That dress has such a special place in my heart; when I look at it, I see my journey.”

Since the beginning of the COVID-19 crisis, travel restrictions have prevented such experiences, and the realities of the pandemic made spending seem inappropriate. Last season Chiu sat things out, focusing on philanthropy instead. “I stepped away because at that moment, I felt the industry could do just fine without my participation, and the money could be better utilized elsewhere,” she explains. “There is a sense that there is a light at the end of the tunnel. With a new president in office and the vaccine rollout, we are all entering a new chapter. I felt enthusiastic and ready to start collecting again.”

Kickstarting things meant taking her affinity for couture online and experiencing the season in a brand new way. She tuned in for events like Dior’s Matteo Garrone directed mini-film and Chanel’s Livestream from the Grand Palais and kept a record of what piqued her interest. “I like to watch all of the shows then sit back and assess, taking into consideration what I already have,” says Chiu. “I don’t want to lean too heavily on gowns, or towards separates. I try to find that balance. I watched Dior, and the pieces were glorious; they gave me Bridgerton vibes. [Then] I looked at Giambattista and Alexandre Vauthier, and those are easy because everything is so beautiful you just need to pick the most unique look of the bunch.”

It’s that beauty and individualism that keeps Chiu coming back for more, whether she’s there in person or picking up the phone to place an order. Having recently relocated to California, many of her beloved couture pieces are currently in storage at the respective houses they originated from. Still, eventually, they’ll make their way to a new, specially-crafted archive. “Before I had a special closet where the lighting, temperature, and humidity were all controlled,” says Chiu. “I keep the hangers and boxes, all the beautiful keepsakes, even the line sheet from each show with the descriptions; sometimes there’s even a sketch.” With the world slowly reopening, Chiu hopes to be reunited with her favorites soon and eventually revisit the season she loves so deeply. “Once we’re finally able to travel back to Europe, I’m going to hit up every museum and atelier,” she says. “I want to see the people behind the dresses! Just have a great meal and share time with the designers and artists I respect and admire so much.”