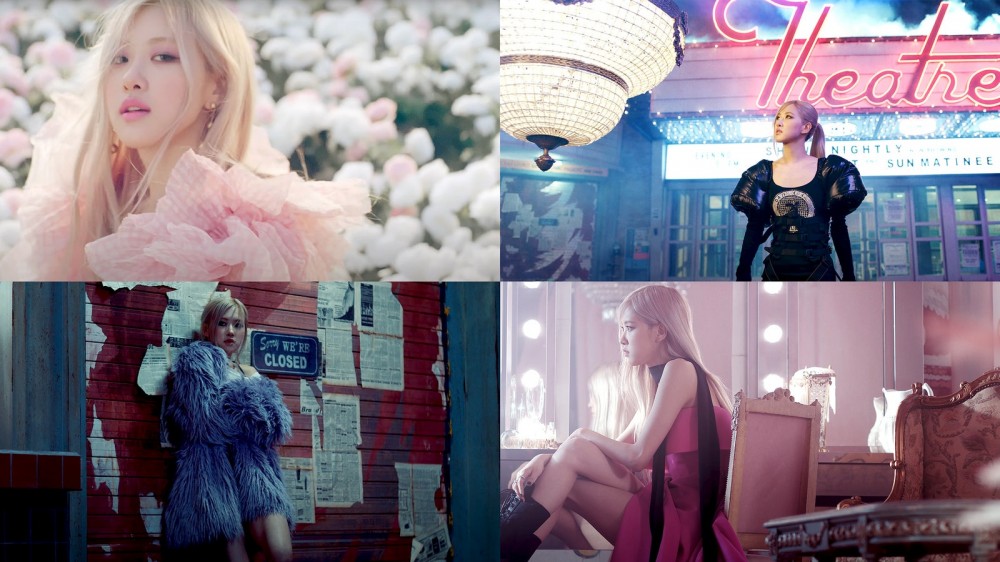 For musicians who’ve risen to superstardom as part of a group, branching out with a personal project can be a tricky prospect. And while Rosé has already proven herself a skilled performer with plenty of style as a member of Blackpink, with the release of her long-awaited single “On the Ground,” she’s ready to reintroduce herself—sharing her unique perspective on pop and fashion via a dramatic new music video.

Born in New Zealand and raised in Australia, the 24-year-old singer has been in the media since her teens, when she became a YG Entertainment trainee. As one of K-pop’s most groundbreaking groups, Blackpink has shattered records for streaming, sales, and social media popularity, but in “On the Ground,” she alludes to romance and the search for significance beyond celebrity via lyrics like “Funny when you want it, suddenly you have it. You find out that your gold’s just plastic.”

The video begins with a literal bang as a chandelier falls from the ceiling, but Rosé remains unfazed in a magenta Alex Perry gown, Saint Laurent motorcycle jacket, and towering platforms from Dolls Kill. The combination of luxury fashion and e-girl accessories makes for an eclectic look that sets the tone for what’s to come. The song may be pure pop, but Rosé’s appealing clash of styles changes with each set: There’s a grunge moment with And The Other’s furry lavender coat layered over a ripped Re/Done t-shirt, followed by a diva turn in a frilly lace bibbed blouse worn with hot pants and a giant hat.

Floral imagery features prominently too, with Mihano Momosa appliqué mini-dresses worn ironically by six Rosé clones, as they stand above a sign that reads “Roses are Dead, Love is Fake.” Even when the flowers are merely the backdrop, a pastel-tinted ultra-feminine sensibility shines through. A pink gingham dress by Haleia, for example, may not have any blossoms, but its layers of ruffles and ruching kept the mood girly and light.

With the release of the video and her full-length solo project, R, Rosé is certain to make an impact on the airwaves—but her stylish new video proves she’s just as influential in fashion circles. Already a Saint Laurent ambassador and regular presence during Paris Fashion Week, expect her to push things even further as she continues to step into the spotlight solo.