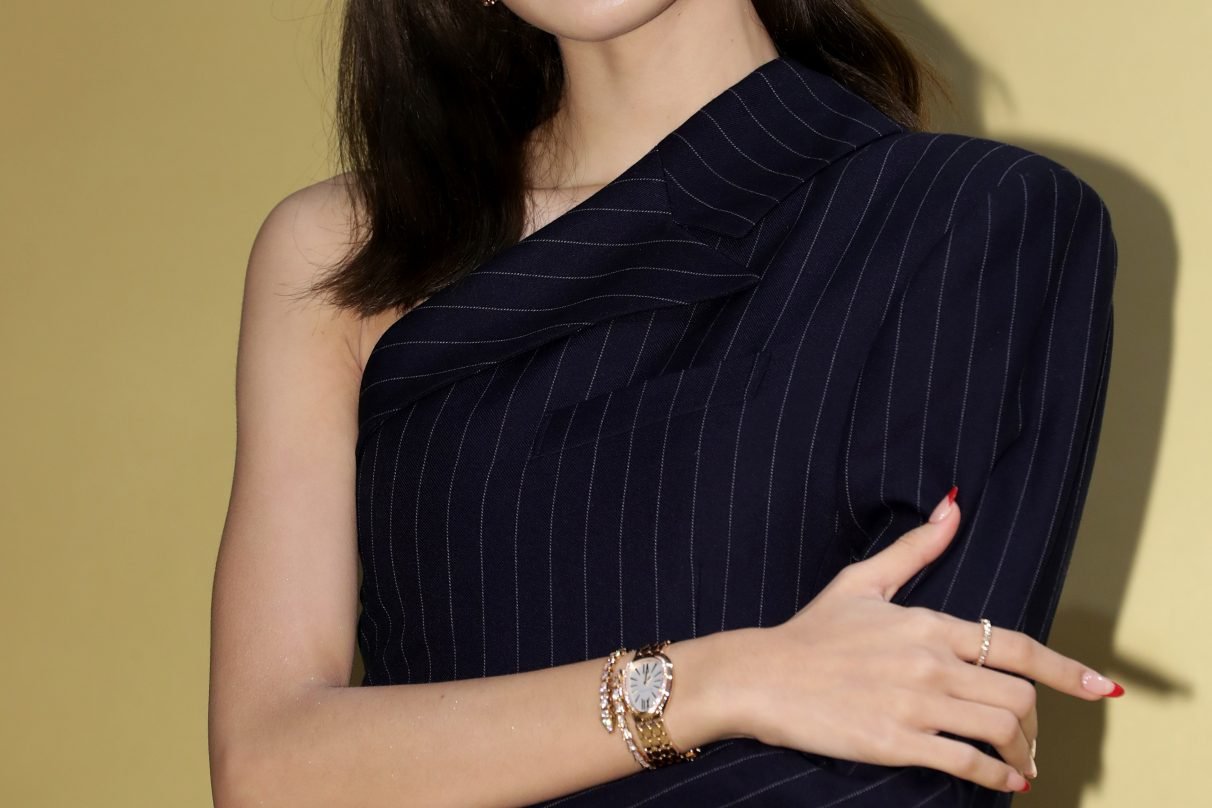 The K-pop superstar Lisa made her much-awaited solo debut last night and set social media ablaze. In true K-pop fashion, the music video for “LALISA” featured looks galore. But it was two in particular that had Latin American K-pop stan Twitter awestruck.

Among her many outfits, the Thai singer, who is a current member of one of the biggest names in K-pop —BLACKPINK — wore pieces by Mexican and Chilean designers.

Fashion savvy BLINKS, BLACKPINK’s fandom, were quick to spot a look by the Mexican brand No Name in one of the first few shots of the music video.

Then in one of the dance scenes, Lisa also wore a piece by Chilean designer SEVALI — a recycled couture label BLACKPINK has worn on multiple occasions.

The archival pieces by No Name are from its REDO collection, which are made from repurposed vintage T-shirts.

The jacket and skirt worn by the Celine global ambassador display a collage of different designs, juxtaposing cut-outs of Iron Maiden band T-shirts with Mexican imagery like the Aztec calendar and the Virgin Mary.

At the brand’s helm is designer Jonathan Morales, and has styled many Latine celebrities like Karol G and Belinda — who previously wore the same skirt seen on “LALISA.”

In a statement to Remezcla, Morales says one of his goals for No Name was styling one of the BLACKPINK members. And thanks to a friend in Los Angeles, it finally happened. “It’s something really important to me. More important than anything I’ve done before, I think,” he shares.

As expected, Mexican fans didn’t miss a beat to adopt the singer as one of their own.

Also a top and skirt combination, the pieces by the Chilean brand SEVALI were from its ​​Collection_04 Suburbia. Born in Santiago, Chile, the label’s designer is Sebastian A. de Ruffray.

Both brands have a similar upcycled aesthetic that fits perfectly with the early aughts vibe Lisa went for. With just a bit over 12 hours since its release, “LALISA” is already at 50.3 million views — and counting! Watch the music video below: