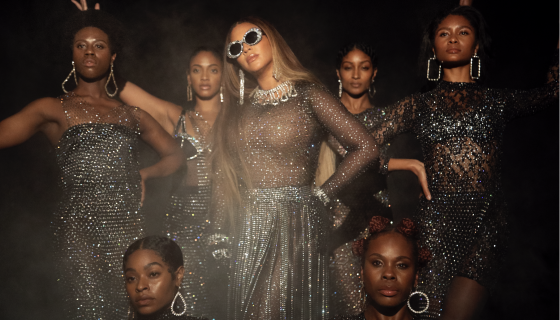 For over two decades, Beyoncé has continued to raise her personal bar of excellence as an entertainer and performer while inspiring generations of young women and men to be more. Using her massive talent and keen eye, the Houston superstar has released her latest project, Black Is King, a visual album that is a companion piece to her The Lion King: The Gift project.

The highly anticipated visual album draws on inspiration from The Lion King film which Beyoncé stars in alongside Donald Glover, comes at a pivotal time in global history as the Black Lives Matter movement has taken hold in the wake of the passing of Breonna Taylor, Goerge Floyd, Sandra Bland, Ahmaud Abery, and others.

In a statement from Disney, the company says that Black Is King is aimed towards, “today’s young kings and queens in search of their own crowns.”

As expected, the Beyhive has been going up heavy for the project and for good reason. Directed by Queen Bey by way of her Parkwood Entertainment production company, all of the meticulous care the Texas songstress puts into her music and live shows is completely evident throughout Black Is King.

Filmed for over a year, some of the locations for the project included New York, Los Angeles, South Africa, London, and other locales.

On Twitter, the hashtag #BlackIsKing is replete with heavy praise for Black Is King and we’ve collected some of them for viewing below.

Black Is King is exclusively available on Disney+.

Beyoncé just turns up every few years and REINVENTS the visual album. sets the bar HIGHER. THE AUDACITY. #BlackIsKing pic.twitter.com/rgUeyBzyRV

In honor of #BlackIsKing, here’s my rendition of Brown Skin Girl. ☀️✨ pic.twitter.com/hWozd1zO90

NOW THATS HOW YOU CLEAR A BVTCH OUT!!! #BlackIsKing is a masterpiece and has debuted with a score of 100 on the tomatometer! pic.twitter.com/ZUf14cIx0W

Beyoncé in #BlackIsKing A thread of screen caps I took;

Just a reminder, yall got nothing on Beyoncé and Blue Ivy #BlackIsKing pic.twitter.com/Mk2ayYaBpH

Pay attention to those cuties at the back. They made the song more beautiful 😍❤️

Grammy nominations will be interesting! I’m all up for this!!!

Some people will choke 😂#BlackIsKing

she snapped so hard oh beyoncé have mercy #blackisking pic.twitter.com/ylqoL4uOmn

ALREADY. An actual bop!! My most played track from The Gift 💃🏻The looks that have been served in this video, we do not deserve! #BlackIsKing pic.twitter.com/Iq6KFadUFQ

For Beyonce's new Disney+ film "Black is King", Ashesi alum David Boanuh '19 served as Director of Photography for scenes shot in Ghana, helping bring unique representations of Africa to the film described as a "a celebratory memoir for the world on the Black experience." pic.twitter.com/OWJOVsFzoi

CRYING REAL TEARS because my Queen @Beyonce included Indian girls in her Brown Skin Girl video too!!! I feel so loved and seen 😭 #BlackIsKing thank you for sharing this beautiful masterpiece with us 💛 pic.twitter.com/2qPN3uZj3S