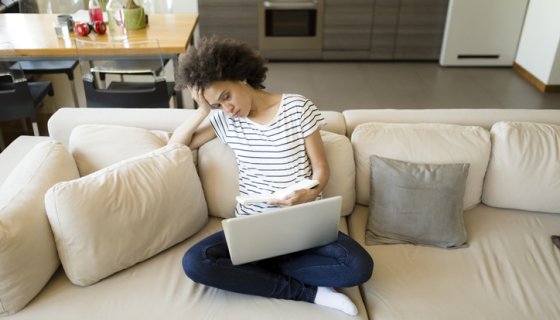 Black Americans continue to suffer from and experience poverty, discrimination, and other societal ills at a far more rapid clip than white Americans as proven by decades of evidence. In a new op-ed, an expert in behavioral and shared observations of the sobering fact that Black teenagers are enduring serious crises and what comes into play to create the chasm.

Rebecca Klisz-Hulbert, Assistant Professor, Department of Psychiatry and Behavioral Neurosciences at Wayne State University, wrote an in-depth piece of The Conversation that covers why Black teens are more likely to be assailed by issues. In the opening of her piece, Klisz-Hulbert. notes that, “Black youth are less likely to seek treatment” with less than half of them receiving treatment for their issues.

As a result of ongoing systemic concerns such as racism, hunger, and garden-variety discrimination, Black teens are growing up in a world that singles them out and presents barriers for their ascension in ways white teens rarely experience.

More from The Conversation:

Instead, some turn to suicide, now the second leading cause of death among Black children ages 10 to 19. That rate is rising faster for them than any other racial or ethnic group. Data from the Centers for Disease Control and Prevention show the rate of suicide attempts for Black adolescents rose 73% from 1991 to 2017.

With schools nationwide grappling with how to offer instruction to students, principals and teachers need to be reminded that Black children have endured a distinctive kind of trauma since the pandemic began. They have had a different experience. The shootings of George Floyd and Ahmaud Arbery – and what happened afterwards – are just two examples.

As an expert in child and adolescent psychology, I know that a multitude of barriers keep Black children, and their families, from receiving that treatment. They need help to deal with the pervasive poverty and racism that surrounds them.

The piece is a fascinating read and should be read in full by following this link.