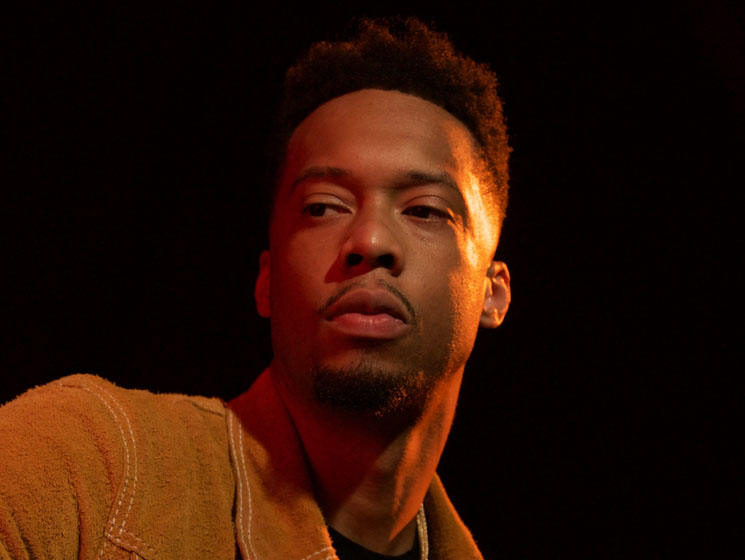 L.A.-based, Detroit-born, producer Black Milk is as eclectic as they come. Wearing a bevy hats, from rapper to glorified band leader, pigeonholing him is impossible, especially when examining the artistic chances he takes from one LP to another. If There’s a Hell Below, which dropped just over three years ago, for example, contained no vocals from Milk at all.

His latest release, Fever, is his return to the booth and was — in its inception — an attempt at making something less dark. “I went into the project wanting to do something different than my last couple projects, in terms the tone,” Milk tells Exclaim! “I feel like my last couple albums were more on the darker side, so I wanted to make something that was a little more feel-good and a little more vibrant. That was my initial goal.”

As he explains, the climate in the United States quickly steered the project in another direction. “Everything happening here in the States — from politics and elections to the relationship between police and the black community — steered me in another] direction. You still] have your feel-good records, but you got records more on the darker side.”

Fever‘s soundscape is dipped in his familiar brand jazzy Detroit hip-hop, but borders on psychedelic with hints neo-soul — something Milk says was organic. “That’s the style music that I just listen to a lot,” he explains. “Stuff that’s more on the psychedelic side, more on the funky side, on the soul side. So no matter what style a production I try to go into, it usually always has a funky feel, a bouncy feel or a soulful feel to it.

“I feel like it came out probably a little more on this album because the way I use the live musicians,” he continues. Live musicians have been a staple his process since his 2008 sophomore LP Tronic. “There were records on here where it was all live, and no sequence stuff, no drum machine stuff on my end.”

When asked how he decides when an album will become a solo project or an instrumental-only affair, he cites his gut feeling. “I’ve gotta keep it mixed up as much as possible to keep people enjoying the music, and interested in the music,” he explains. The industry, though, has evolved so much since Detroit-native first stepped in the door. What keeps Milk motivated to continue perusing his particular niche in the game? According to him, it’s these very changes that have broadened his drive.

“I feel like there’s no competition but yourself in this day and age. You’re your only competition, because there are so many artists that are unknown and still got a crazy fan base. We’re at the time when you can create your world, draw your audience and just feed your audience — the people that’s into what you do.”

Black Milk has been embodying that mantra, and Fever — for which he’ll be touring in Europe in the coming months — is an excellent example. But listeners shouldn’t get too comfortable. “I like to do different things that I haven’t done yet,” he says with a slight laugh. “That’s just my mentality.”