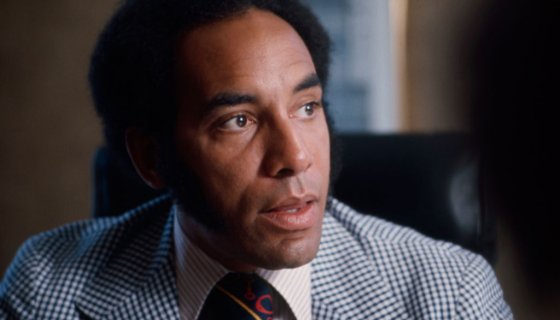 Earl G. Graves, Sr., the founder of Black Enterprise magazine, has passed away at the age of 85 on Monday (April 6). Graves used his media platform to empowering emerging owners and sharing pathways of wealth entrepreneurship.

Black Enterprise shared in an article regarding the news of Graves’ passing, with Graves’ son Earl “Butch” Graves, Jr. sharing that his father’s long bout with Alzheimer’s Disease was what took his life.

Graves was born January 9, 1935, in Brooklyn, N.Y. and raised in the borough’s Bedford-Stuyvesant section. Graves’ sharp business acumen began early on when he was a boy in Brooklyn, and he carried that sensibility with him as a student at Morgan State University. Graduating from the Baltimore, Md. school in 1958, Graves went on to serve two years as an officer in the U.S. Army. In 1965, Graves was named as Sen. Robert F. Kennedy’s administrative assistant. After Kennedy’s assassination in 1968, Graves was moved to begin a publication for Black people to learn more about entrepreneurship.

The first issue of Black Enterprise hit stands in August 1970 and with the help of his wife, Barbara, Graves transformed what he called his “modest magazine” into one of the top magazines of its era aimed at Black Americans. Using Black Enterprise to highlight brilliant Black business leaders such as Bob Johnson, Kenneth Chenault, Reginald F. Lewis, Oprah Winfrey and more, the magazine served as an inspiration for future entrepreneurs.

Black Enterprise exists today and has changed with the times, moving from strictly print to covering its favored subjects across all forms of media, most specifically the digital space. Adding to Graves’ success, he was also the CEO of Pepsi-Cola in Washington, D.C., a Black-owned distribution site for the beverage company.

Graves is survived by his three sons Earl Jr., Johnny, and Michael, along with eight grandchildren. Mrs. Graves passed away in 2012.

We’ve amassed reactions from Twitter to the news of Graves’ passing. May he rest powerfully in peace.

It is with profound sadness that we share the news, just announced by our CEO Earl “Butch” Graves Jr. @earlbutchgraves, of the passing of his father and Black Enterprise Founder and Publisher Earl G. Graves Sr. earlier this evening, April 6, at the age of 85. With the launch of Black Enterprise in August 1970, our visionary founder created a vehicle to provide information and advocacy that has empowered and inspired generations of African Americans to build wealth through business ownership, career advancement, and money management. Through his media company, which now comprises national business and lifestyle events, web and digital offerings, he opened the door for the best and brightest in the global business arena. For nearly a half century, Graves has been the cornerstone and catalyst for a multigenerational network of the most accomplished black entrepreneurs, business leaders and professionals in every industry, from Main Street to Wall Street, and from Silicon Valley to the White House. The entire Black Enterprise Family joins the Graves Family in mourning Earl Graves’ passing, and will evermore celebrate his life and legacy, in this, our 50th Anniversary Year, and beyond.

At 9:22pm this evening, April 6, my Father and Hero Earl Graves Sr., the Founder of @blackenterprise, passed away quietly after a long battle with Alzheimer’s. I loved and admired this giant of a man, and am blessed to be his namesake. LOVE YOU DAD! pic.twitter.com/UoerizfX8a

A man who helped define and document the strides Black people in American business, Earl Graves, Sr. passed away at 85 after a long battle with Alzheimer’s. A pioneer in business himself, @blackenterprise magazine is the Bible for business achievement for people of color. pic.twitter.com/R67HanniX3

My mother called me last night to tell me of the passing of Earl Graves Sr., Founder of @blackenterprise Earl and Barbara Graves loomed large in our imagination and hearts. Icons. Legacy of excellence. Grateful for the gifts that arrived each month in BE. pic.twitter.com/zGP2u4ek5N

Earl Graves was a legend. As the founder of Black Enterprise magazine, he inspired legions of past, current and future black business leaders and encouraged millions of other Americans to pursue their dreams for a better life. #RIPEarlGraves https://t.co/tDQv6bt5o2

The Social Justice Movement of the 21st Century is Economic Development. Earl Graves knew it in the 20th Century. He taught us how to exercise our right of self determination. RIP EARL GRAVES SR https://t.co/eeeeLkNlab

The entire @NABJ family is sending condolences to the Graves family. Earl Graves Sr. was a business journalism giant. His legacy lives on in the pages of @blackenterprise and in the lives of the countless he inspired. #EarlGraves 🕯 https://t.co/DBrhXpJFXF

Condolences, Sympathies & comfort to the family of Mr. Earl Graves Sr., 🙏🏽💕🙏🏿, founder of one of the most important magazines tailored for our community, Black Enterprise. Thank you for your commitment, ⚔️King⚔️ 💯