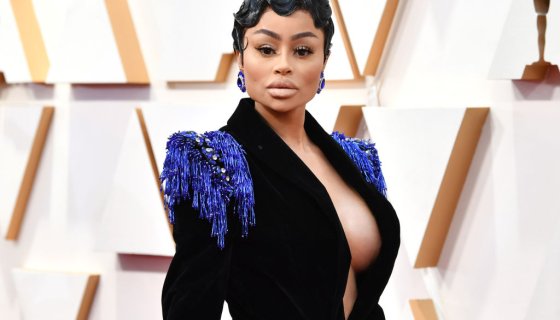 No secret that amateur “ on OnlyFans are the MVPs of the quarantine and are making some serious bank. A new Zeus docuseries produced by will focus on the popular website.

As we are currently yearning for new content as we consume shows and docuseries at a record pace due to be stuck in the house, Blac Chyna might have a hit on her hands with this one. ex is teaming up with Zeus Network once again to drop a new docuseries titled OnlyCam: LA.

It will give us an in-depth look at on-camera workers who have made some serious bank thanks to the big boom seen after shelter-in-place orders were handed out across the world. The doc will follow Bachelorette star Chad Johnson who announced he was getting into the industry last April as well others. Johnson reveals in the trailer that he has made an astounding $93,000 over the previous 58 days.

Another performer, Dallas Wade, reveals he pulls in $100,000 and that his rear end has become a highly requested commodity from his subscribers.

But with the ups also come the downs, another performer who ironically resembles Chyna’s nemesis Kim Kardashian worries how her on-camera work will affect her children.

“I’m just kind of nervous about my kids and stuff.”

Chyna who executive produced the docuseries also has her own OnlyFans page, which allows fans to see her in lingerie and stomping grapes with her feet for only $50 a month. This docuseries does look very interesting; you can peep the trailer for OnlyCam: LA, which drops on the Zeus Network on May 17.