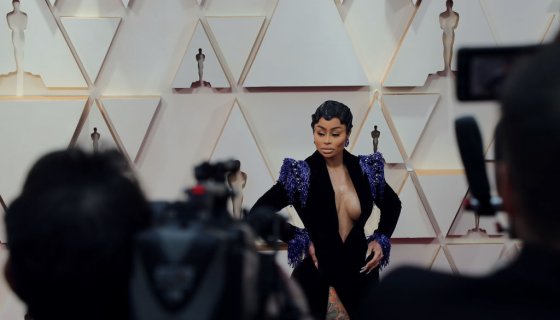 Back in 2017, launched a lawsuit against the sprawling Kardashian clan after alleging that they interfered with her former show, Rob & Chyna, leading to its cancellation. In a new statement, Chyna is accusing NBC of racism and that if she were white, the claims made by Kris Jenner that she beat would have been investigated and found false.

Page Six reports that Blac Chyna’s legal team issued a statement accusing NBCUniversal of canceling her reality series with her ex-boyfriend and father of her daughter after Ms. Jenner informed the network of violent episodes behind the scenes. Chyna is standing firm on pushing back against the allegations made by Jenner and Kardashian and is adding a new wrinkle to the matter.

“No one at NBCUniversal ever informed Chyna that Kris Jenner had secretly accused her of severely beating Rob. Next, without Chyna’s knowledge, Kris Jenner and three of her daughters (Kim Kardashian, Khloe Kardashian, and Kylie Jenner) were able to convince E! executives that they needed to convene an emergency meeting to discuss the cancellation of Season 2 of ‘Rob & Chyna’ based on the false accusation that Chyna had severely beaten Rob,” Ciani told us.

The outlet grabbed comments from the attorney for the Kardashians and Jenner, who says that Chyna has been shifting the aim of her lawsuit over the past couple of years.

“This its a 2-year-old lawsuit in which Chyna has changed her defense more times than we can count,” Marty Singer said to the outlet. “Sadly, unsurprising to anyone, she has stooped to a new low, changing her defense to try to leverage the emotions and pain of the moment, insulting the pain and suffering of real victims of racial injustice and systemic racism.”

Chyna is due to appear in court regarding the matter later this summer.