Bitwig Studio 2 is about to get its first update 2018. Version 2.3 – which will be free to owners the DAW – adds several new features including a phase modulation synth, improved time-stretching and time signature changes.

Bitwig has licensed zplane’s Elastique algorithms for its time-stretching feature, as well as improving its own Stretch and Stretch HD algorithms and adding two new modes. Slice is a function that cuts audio at onsets, while Cyclic adds “retro-strecthing” inspired by hardware samplers.

There’s also changes to how the DAW deals with time signatures. Markers can be added in the arranger timeline, updating the timeline grid accordingly, and it’s also possible to set time signature properties for individual clips or set a time signature for a master clip, which Bitwig says can be used to record time signature changes on the fly. 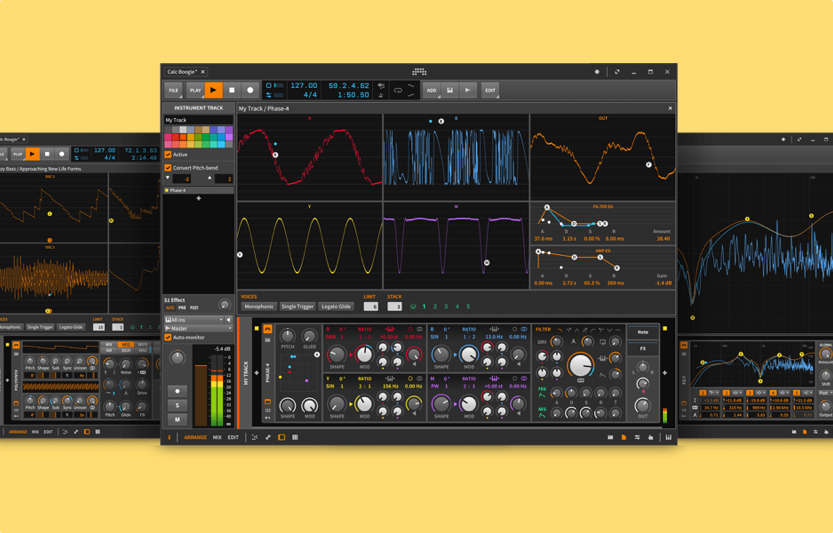 Other improvements include voice stacking for some the DAW’s internal instruments with a new dedicated modulator tool to go with it, instrument and effect selectors for quickly swapping between patches or and a batch fresh sound content.

Bitwig Studio 2.3 will be available to owners the stware at the end February with a beta test for all owners starting soon.

Read next: Bitwig Studio 2 review: An innovative DAW that could rival Ableton Live