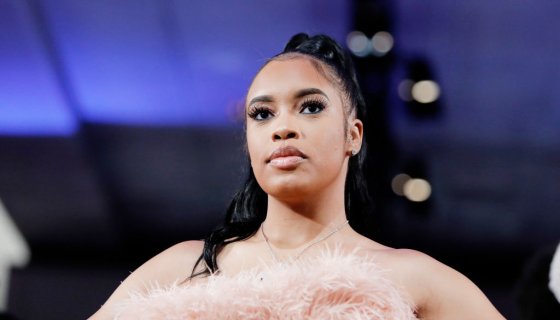 may have decided to go public with his recent breakup with the mother of his child, but decided to take a different approach.

On Monday (July 27), took to Instagram to respond to Meek’s since-deleted public posts regarding their decision to end their nearly two-year relationship. In a post simply captioned, “Breonna Taylor,” Milano shuts down any expectation that she is going to publicly address her relationship or the ending of it with a two slide Instagram post.

“I’d never address my private life, publicly but I felt the need to say,” the slides read. “Arrest the cops that killed Breonna Taylor.”

Milano’s classier announcement comes a few hours after took to social media to announce that the pair had separated. Not giving any specific details, the Philly rapper wrote in since-deleted tweets that the two “came to an understanding.”

“We me and Milano decided to remain friends and build our child as separate parents … we still have mad love for each other but we both came to a understanding! -meek-,” Meek tweeted. “I made a lot of paper last year everything got different with a lot people I helped so I gotta revaluate myself! It will happen to anybody with success & power grow,stay strong and move forward!”

#TSRBreakUps: #MeekMill took to Instagram today to confirm he and #Milano are choosing to remain friends and co-parent (SWIPE)

“No fall out either just moving forward! Still love! This for protection so social media work think we moving wrong,” he wrote.

While Meek claims there was , others have pointed to ‘s tweets to prove otherwise. Fans took to Twitter to pull up a few stale tweets from the last week that shows Meek has seemingly been posting about his unhappiness in the relationship starting about six days ago.

Shit got too real I had to cut a couple ends….

Never let outsiders think they can break the family up!

Do you love meeeeeee! I’m about to do #brokeupinmiamiremix

While many suggested Meek’s online antics as the reason for the end, a few fans called out the “Going Bad” rapper for repeatedly being in headlines attached to and that ultimately led to the relationship’s demise.

Cause you was fucking Kim k pic.twitter.com/JrcNJuKnWI

Since making the announcement, Meek Mill has since deleted all posts regarding the decision from his social media.