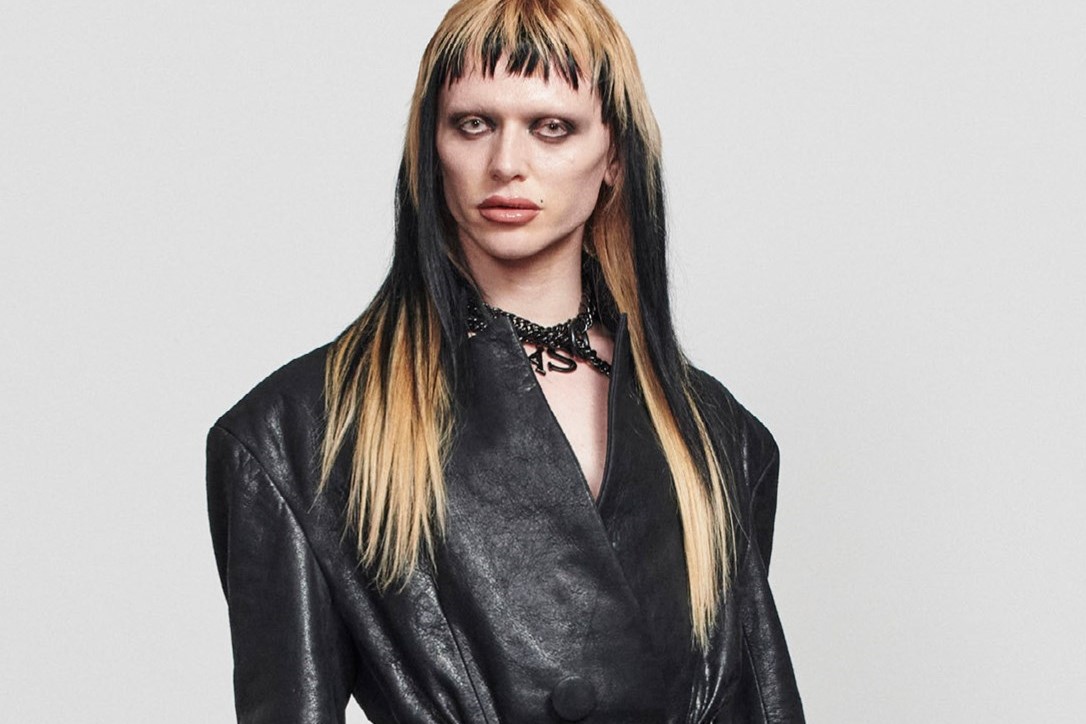 Eden Loweth’s AW21 collection serves as ‘a message of hope, a shard of light in the darkness’ for the queer community

From the very moment Art School established itself on the London fashion landscape, the label has cultivated a vibrant community that forms the core of everything it does. As one of the most radically inclusive designers showing on the LFW schedule, Eden Loweth’s vision of fashion leaves no one on the sidelines – no matter age, race, ability, size, or gender-identity.

Now, as part of Art School’s latest show, the family just gained another member. Joining Loweth’s motley bunch of nonconformists on the catwalk this season is none other than a rising drag artist you might just know as Bimini Bon Boulash. Currently taking over our screens on RuPaul’s Drag Race UK, the East London-based queen has spent the last six weeks gagging us with her charisma, uniqueness, nerve, and talent – not to mention her iconic fashion references, poignant reflections on gender, and acerbic jabs at the sh*tshow that is British political system.

Offering a solid message of resistance and strength, the Ascension collection plays out in three chapters. First, a series of black, precisely-cut tailored coats – always Loweth’s strong-suit – appear on the runway, followed by faux fur-trimmed mini dresses and high-necked, ecclesiastical robes that trail behind the models wearing them. “The opening look on Val, a brilliantly strong trans woman, is representative of the powerful emotional pull the collection has as its foundations,” says Loweth.

Next comes a bold scarlet section, which offers up glittering, skin-tight gowns and more of Loweth’s signature slashed, bias-cut satin – designed, as ever, with diverse, queer bodies in mind. Rounding the collection off is a heavenly section of all-white looks, as the show reaches its crescendo – its final look a showstopping, sweeping strapless gown, worn by Mimma Viglezio, that nods, in a definitvely transgressive Art School kind of way, to the haute couture custom of having a bridal gown close proceedings.

Ascension follows in the footsteps of Therapy – an emotional, cathartic collection that marked Loweth’s first since Art School co-founder Tom Barrett left the label behind last year. Working alongside new team members including Emily Crooked and Lucia Blayke of London Trans Pride – both of whom were instrumental in assembling this season’s cast – the offering was intended as a beacon of hope in an otherwise bleak moment in time.

“We thought hard before creating a show this season, was it the right thing to do in this climate?” says Loweth. “Our community has been hit hard by the pandemic, as well as the current social and political climate, so we decided that it was. We wanted Ascension to be a message of hope to them – a shard of light in the darkness. Together is how we survive.”

Take a look through the full collection above, and head to Dazed Fashion’s Instagram as Bimini takes over our stories to watch the show live from her living room. Revisit Art School’s SS21 Therapy collection below.