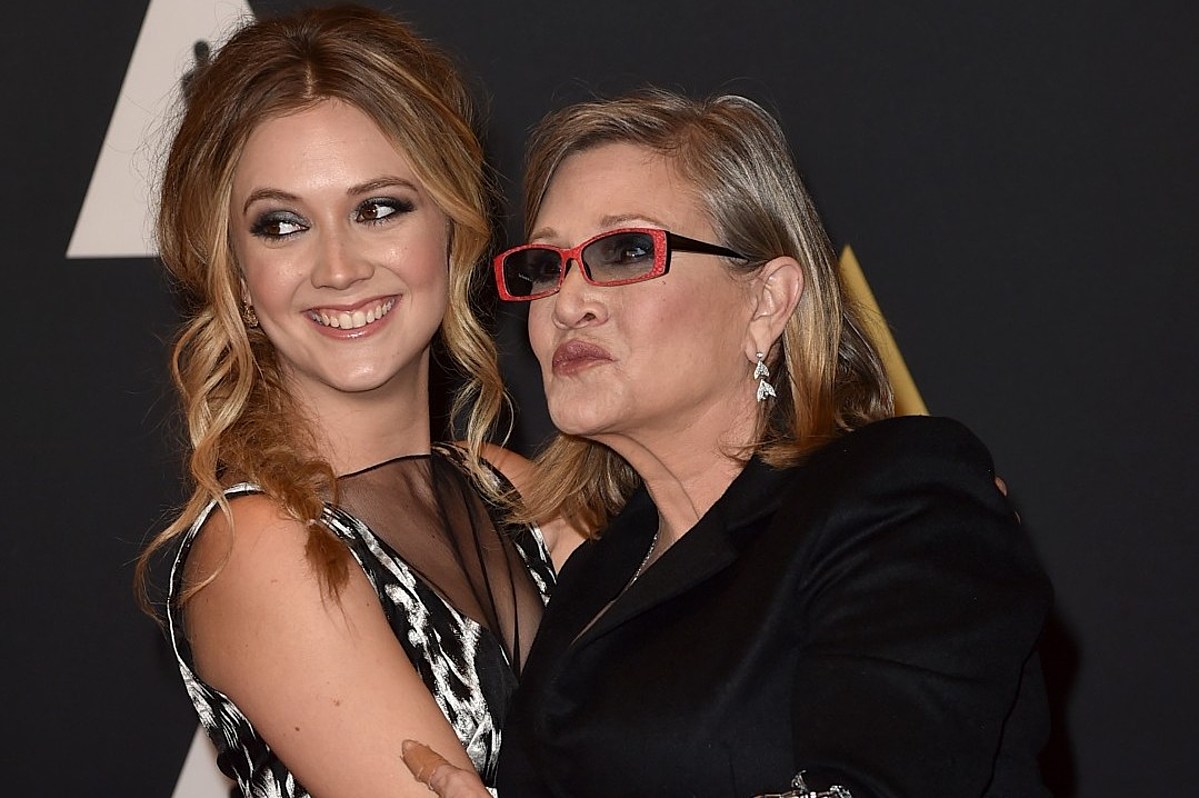 Billie Lourd gave birth to her first child and honored her late mother, Carrie Fisher, in her newborn's name.

The news came as a big shock to fans as the 28-year-old American Horror Story star did not publicly announce her pregnancy prior to the birth announcement. On Thursday (September 24) she announced via Instagram that she gave birth to a son with fiancé, Austen Rydell.

She shared a photo of his tiny feet and revealed his name. "Introducing: Kingston Fisher Lourd Rydell." His middle name, Fisher, being the last name of her late mother.

See the sweet photo, below.

Emma Roberts, who is currently pregnant with her first child, also congratulated the couple. "Screaming!!! Love you guys so much ♥️" Roberts added.

Mark Hamill, the Star Wars co-star of both Lourd and Fisher, created a Twitter post for the newborn.

"Congratulations to #BillieLourd & #AustenRydell on the arrival of their firstborn child: Kingston Fisher Lourd Rydell!!!" he wrote. "I can't think of another baby with both "KING" AND "LORD" in their name. Nice."

See the sweet tribute, below.

Lourd and Rydell began dating in 2015 before calling it off. They rekindled their romance in 2017 and the rest is history. Rydell announced their engagement back in June. "She said YES," he wrote. "(Actually she said “Duhhh”) But I guess that’s even better than yes?!?"