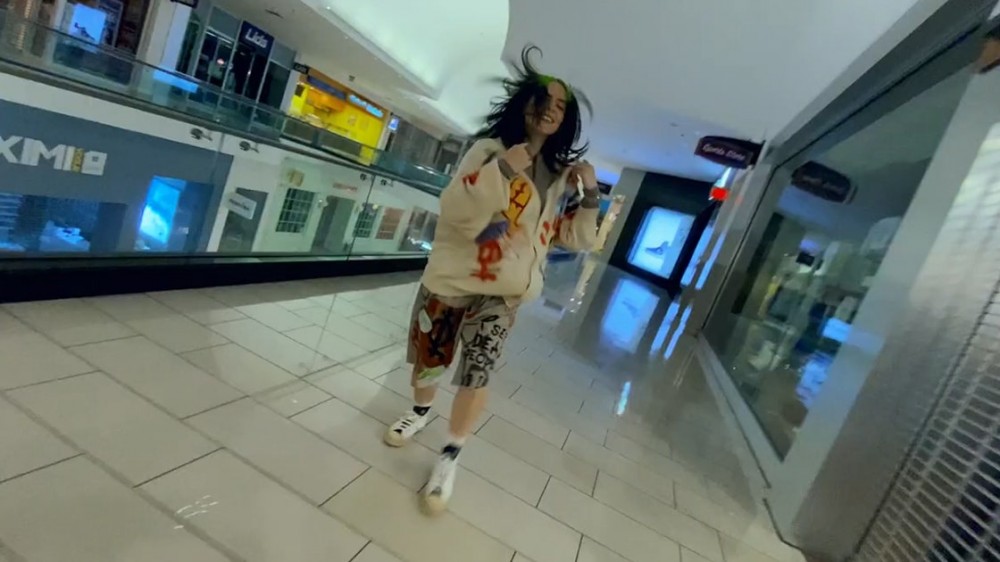 Following Billie Eilish’s dizzying success last year—including triple platinum album sales, five Grammy Awards, and recording the latest Bond theme—she might be forgiven for taking a break while under lockdown. Instead, over the past six months, Eilish has been steadily releasing new music, including the more downtempo one-off singles “everything i wanted” and “my future,” and even performing a critically-acclaimed live streamed concert last month from Los Angeles to raise money for Covid-19 relief funds supporting music industry workers.

Now, with today’s release of her latest track, “Therefore I Am,” Eilish is making a return to the playfully brash style of her breakout singles. “Damn, you think that you're the man,” Eilish sings, before quoting the French philosopher René Descartes: “I think therefore I am.” Not a reference we were expecting, but it’s nice to know Eilish has been keeping up with her 16th-century epistemology while in quarantine too.

The video, which dropped alongside the single earlier today and is set in a deserted shopping center, is the stuff of childhood fantasies. What would you do if you were given free rein to roam around an empty mall? Probably what Eilish does here: dance wildly around its aisles, before hitting the pretzel and hot dog counters and helping yourself. It’s less likely, though, that you’d be wearing a custom fit supplied by one of your favorite brands, as Eilish does. Designed by the Seoul-based label Skoot, whose loud, spliced-and-diced designs Eilish has worn multiple times in the past, the look consisted of a baggy white cardigan covered in graffitied symbols and patches, teamed with a pair of shorts. It offered a mall rat-inspired twist on a signature Eilish silhouette—and marked a welcome return for one of pop’s most agenda-setting style stars.