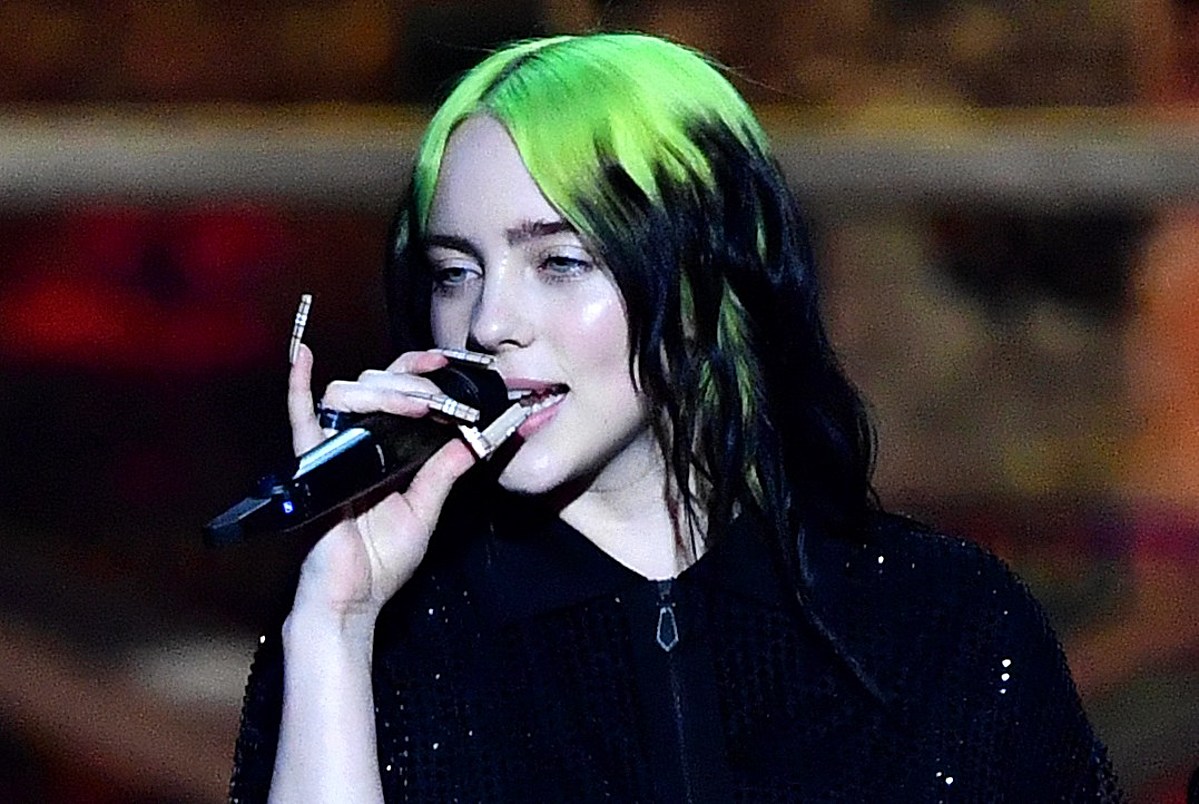 Billie Eilish perplexed fans with a mind-blowing optical illusion that involves a pair of her Nike shoes.

The "My Future" singer participated in an Instagram Q&A with fans on Saturday (October 17). One fan brought up the subject of the 2015 viral dress that appeared to be white and gold for some people while some believed it was blue and black.

"Ok I'm about to prove this to you but I can not stress it enough, it is blue and gold," Eilish explained before sharing an image of the iconic dress.

Eilish then revealed that she was faced with her own optical illusion dilemma with her father. Her dad believed that her pair of Nike Air More Uptempos were pink and white, while Eilish believed that they were mint green and white.

Eilish was shocked that most fans agreed with her father, that her shoes are pink and white. She shared an image of her actual shoes compared to a screenshot from Nike's website.

See the photos, below.

After comparing the shoes, Eilish was still confused at how people could see pink and white instead of the mint green. She shared a series of videos where she held up the shoes to her face and posted images of her wearing them during photoshoots.

What do you think, are they pink or mint green?