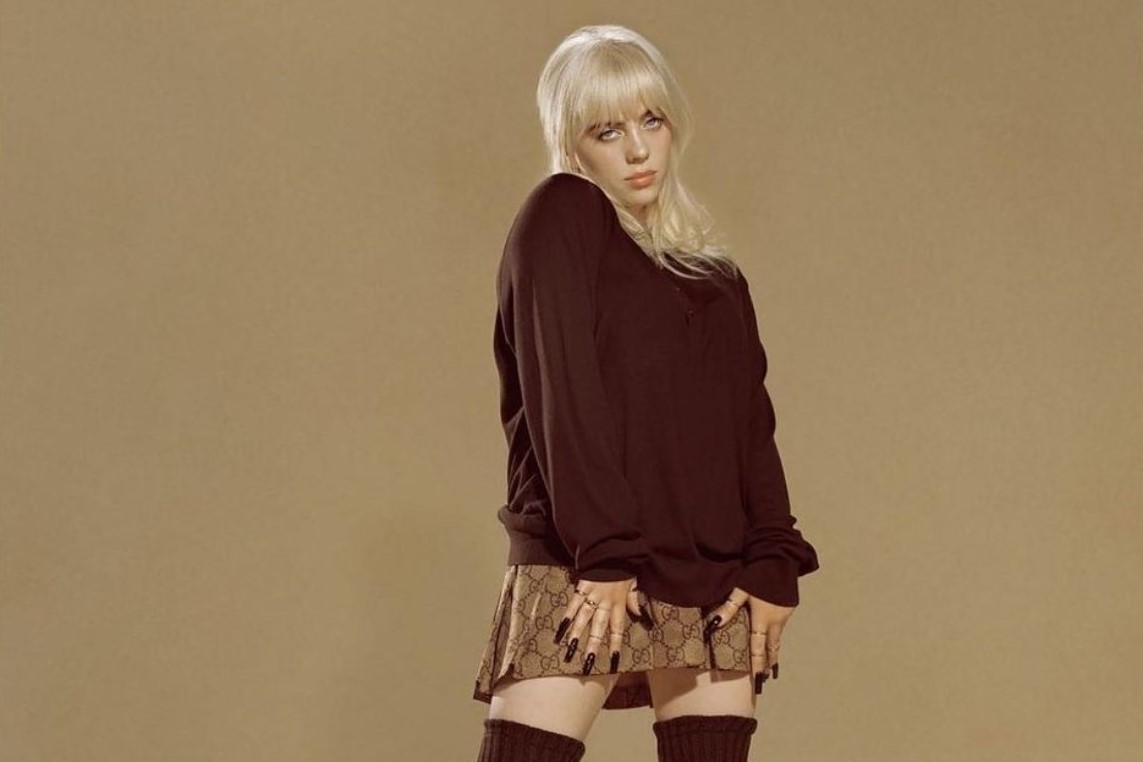 As one of the biggest pop stars in the world, Billie Eilish – unfortunately – has to undergo intense scrutiny whenever she decides to wear anything new. With her new era and Happier Than Ever album release, Eilish also revealed a new look, giving up her slime green locks for a coiffed bombshell look, also swapping her loose-fitting, bold co-ords for corsets and lace.

But it turns out that look isn’t to everyone’s taste, after Eilish did a fan Q&A about her new album, prompting someone to write: “no more plain boring outfits”.

“were (sic) so fucking tired,” the commenter continued before asking, “what happened to you?”

Tackling the question with her trademark deadpan humour, she replied with a photo of herself wearing an oversized shirt and short combo, along with the caption “What, you want this again” plus the skull emoji.

The pop star has previously explained the reasoning behind her signature oversized look on several occasions, including in a 2020 cover interview with Dazed. “The only reason I did it was ’cos I hated my body,” she said at the time.

Appearing in a Calvin Klein campaign in 2019, she also said: “I never want the world to know everything about me. I mean, that’s why I wear big baggy clothes. Nobody can have an opinion because they haven’t seen what’s underneath, you know?”

Back in May, Eilish also preempted the reaction to her departure from her usual aesthetic on the cover of British Vogue’s June 2021 issue. “Don‘t make me not a role model because you‘re turned on by me,” she said. “Showing your body and showing your skin – or not – should not take any respect away from you.“

Elsewhere on her IG Q&A, Billie revealed that her favourite album from last year was The Strokes’ The New Abnormal, her favourite vegan dessert was her mum’s cinnamon rolls, and she posted some BTS footage of her crying during her Happier Than Ever cover shoot.