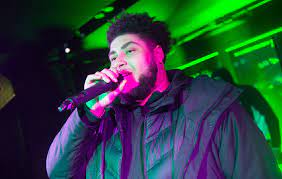 Big Zuu has released a new single on June 2, titled ‘The Advert (My Family).’

After teaming up with D Double E on “Variation” back in March, Big Zuu has returned with news of his debut album Navigate. The track is produced by Joker and Sir Spyro and accompanied by a music video showing the pair riding bikes around London.