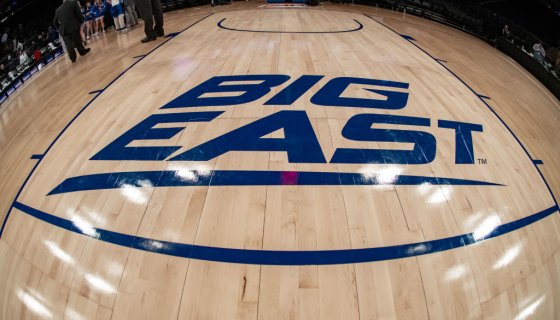 The powers that be weren’t reading the room. After multiple major conferences (all of them, actually) already canceled their tournaments, so has the Big East.

The conference was trending on Twitter because a tournament game (Creighton vs St. Johns) had started while conferences like the Big Ten and ACC had cancelled their season-ending tournaments.

Twitter was on fire, slandering the conference for going YOLO while the Coronavirus pandemic is anything but a hoax.

Then word came down from the Big East that the tournament is done. As for the game, they stopped it at halftime.

The Big East tournament was canceled at halftime. https://t.co/FALepWMywv

Peep the reactions below. We just want to know who gave the okay to start the game?

Fans at MSG react to the Big East tournament being canceled mid-game. pic.twitter.com/zNLvZSrYlr

Big East tournament currently happening. St. John's and Creighton have the college basketball stage all to themselves.

Source: Big East strongly considering cancelling its tournament. Butler and Providence, the teams in Game 2 at MSG, have been told to stay at hotel.

And now, a word from the commissioner of the Big East pic.twitter.com/gip4MuSveg

One good thing about Big East tourney still being played is it’s showing that “essential personnel” is apparently still a ton of people and that plan was never going to work. It would take a little while to notice something is off if you had no idea this thing was closed to fans.

Big East basketball is so back

Me and the boys heading to the Garden tonight for the Big East Tournament pic.twitter.com/sg2cX8Qbbi

Every league has canceled its tournament and uhhhh the Big East is just out here playing like nothing’s going on pic.twitter.com/QnvCX8mQnw

The Big East watching the rest of the NCAA cancel their tournaments pic.twitter.com/DYpAzd7zBR