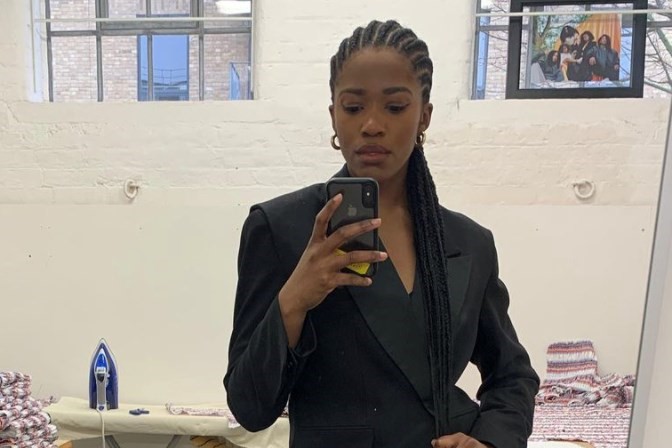 From 1,900 applicants to just nine finalists – the $300,000 LVMH prize is within spitting distance. Following its first-ever digital showroom and inaugural public vote, the fashion conglomerate has announced the last batch of contenders for its 2021 award; among them London’s Bianca Saunders, Conner Ives, and Nensi Dojaka. Hailing from slightly further afield are Charles de Vilmorin, Christopher John Rogers, Colm Dillane, Kika Vargas, Lukhanyo Mdingi, and Rui Zhou, who have also awoken this morning with the finishing line in sight.

Via the competition’s online voting system, over 32,000 normies helped the esteemed LVMH committee whittle down 20 semi-finalists to today’s number. “A wonderful wave of optimism in a changing world,” Delphine Arnault, founder of the fashion prize, told Vogue. “This class of nine finalists is a wonderful snapshot of today’s and tomorrow’s fashion. These young designers are all talented, of course, but also committed and realists. During this semi-final, each of them showed in their own way a very personal and accomplished creative universe”.

The grand prize will not be awarded until September when (travel-permitting) hopefuls will meet with a soon-to-be-announced jury of starlets. In the meantime, the LVMH-owned retailer 24S and Canadian platform SSENSE will be working with a select number of designers on exclusive capsule collections to whet the industry’s ferocious appetite.

“To all the late nights and the doubting thoughts! It makes going forward and trusting my vision much more worth it,” Bianca Saunders wrote in an Instagram post this morning, thanking her mum “for always telling me to do what I want regardless of it being outside the box”. Similarly, the New Yorker turned London designer Conner Ives gushed “what I am doing right now I’ve dreamed of since I was 5 years old. It was me in my mom’s closet – pretending I had made all of her clothes. Inspecting my handiwork. Living out a fantasy that I had my own label”.

With last year’s award being split across its eight finalists, there’s nothing to say that 2021 won’t have more surprises yet in store. Check out Bianca Saunders’ AW21 video in the link below and Nensi Dojaka in the gallery above.