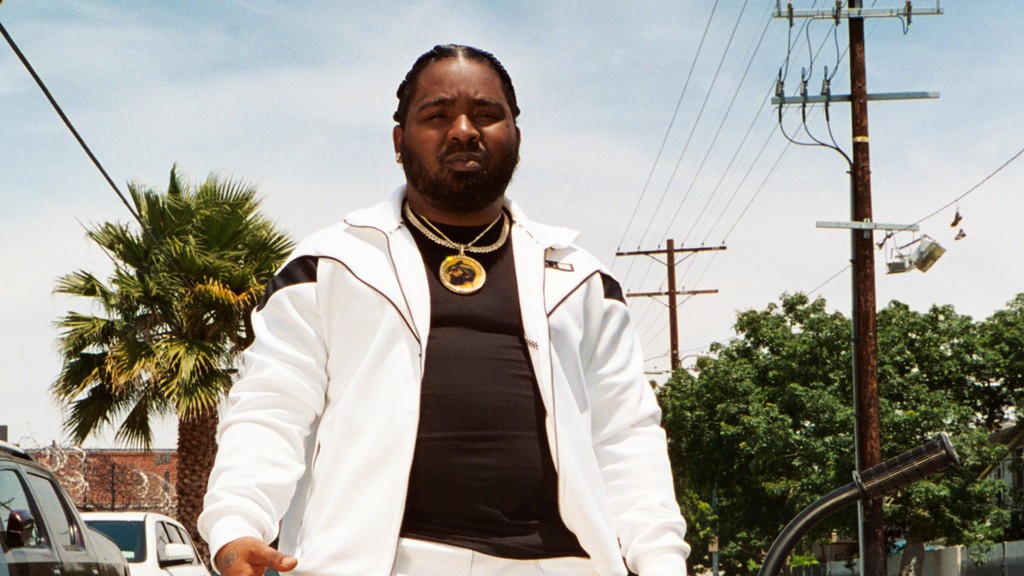 Nipsey Hussle’s young protege speaks on his run-in with the LAPD, the Black Lives Matter movement, and why Tekashi is not a “king.”

“I love my haters, they my biggest fans,” stated BH on “1 of 1,” his collab with Nipsey Hussle off the landmark Crenshaw mixtape. Hussle encouraged BH—aka Boss Hussle—to focus on music after the young homie recovered from a damn-near fatal shooting sustained while running the streets of the Crenshaw district. “Nip was my mentor with this sh*t,” says the All Money In affiliate who joined Cobby Supreme and YG on stage for an emotional BET Awards tribute to Nipsey in June of 2019.

Over a year since Hussle’s tragic passing, BH has stayed in Marathon mode just like Nip taught him. Today he drops the official music video for “Code of the Streets,” a no-nonsense collaboration with Lil Baby. The visuals were shot in a Beverly Hills mansion with a few of the homies—Cobby, James Harden, Meek Mill, and Young Thug—counting stacks of crisp 100 bills amidst the old master paintings, chandeliers and lion skin rugs. But don’t assume that money is going to BH’s head. “You know how people get rich and they change?” he asks, rhetorically. “No matter how much money I get I’m still hood. I wouldn’t care if I had a billion dollars, bruh. I ain’t switchin’ up. I still come from this.”

BH and Baby’s chemistry on the track feels real because it is. Hussle’s always had strong Atlanta ties—Crenshaw was hosted by DJ Drama and Thugger featured on Victory Lap—and BH would often roll with Nip on trips to the A. “I would f**k with all the cool lil homies,” says BH. “And it just so happen that Baby, Gunna, all these ni**as lit now.”

The new track is taken from BH’s forthcoming project Blueprint, which he’s planning to drop sometime this summer. “I want the people to know no matter what you start with, that don’t mean that’s how you gotta end,” he says. “So I’m basically givin’ em the blueprint of how I did it. If y’all believe in me and what I stand for, this is my blueprint that took me from nothin’ to somethin’.”

BH was raised to abide by certain principles, hence the title “Code of the Streets,” a timely reminder of the rules he adheres to. “Look at Tekashi,” BH says as an example. “Nothin’ against his music—he dope. But that ain’t the f**kin’ code of the streets, man. What the f**k wrong with you, boy? You f**kin’ the code up. Get your bi**h a** outta here! Go raise your family and do whatever the f**k a snitch ni**a do. Don’t come back to music f**kin’ the game up where these kids thinkin’ it cool. Nah. You got ni**as you say you love life in jail. You knew what you was doin’. Don’t fold and give everybody else life and then come back out talkin’ all that sh*t—’I’m the king’ and all this. Ni**a, this is hip hop. This sh*t ain’t built on rats. How you the king? You the king of snitches.”

Speaking to NUEVO amidst the wave of Black Lives Matter activism triggered by George Floyd’s murder by Minneapolis police, BH shared his thoughts on the incident. “Man, they did him wrong! My thing is this: if you resisted and you fightin’ and you free, alright it’s one on one. Y’all could fight until whoever get it. But when you in handcuffs and you layin’ on the ground, you can’t even do nothin’. You couldn’t’ hurt the f**kin’ ground if you tried to. Man, why the f**k is he still bein’ choked out like that? He tellin’ you he can’t breathe. You see the man checkin’ out, bro. He can’t even move.”

BH has had enough experience with the LAPD over the years to know what he’s talking about. “The LAPD used to stop me every day,” he says matter of factly. But some days are worse than others. This past November he was pulled over in Beverly Hills by a small army of cops for driving a car that police claimed was stolen. After holding him a gunpoint, police cleared BH of any wrongdoing, but the trauma of the incident still remains.

“They said I fit the description of a stolen car or some bullsh*t,” he says. “My mind state was like ‘BH, I know you been through it. Don’t make them shoot you.’ When they realized it was not me they let me go.”

“Police feel like they can do that sh*t,” says BH, still angry from the experience. “Come on bro. Something got to give. It’s so much sh*t goin’ on that we let slide and go under the rug.” Nipsey may not be around to lead the resistance to the pandemic of racism and police brutality, but his All Money In team is definitely out here making sure The Marathon don’t stop.