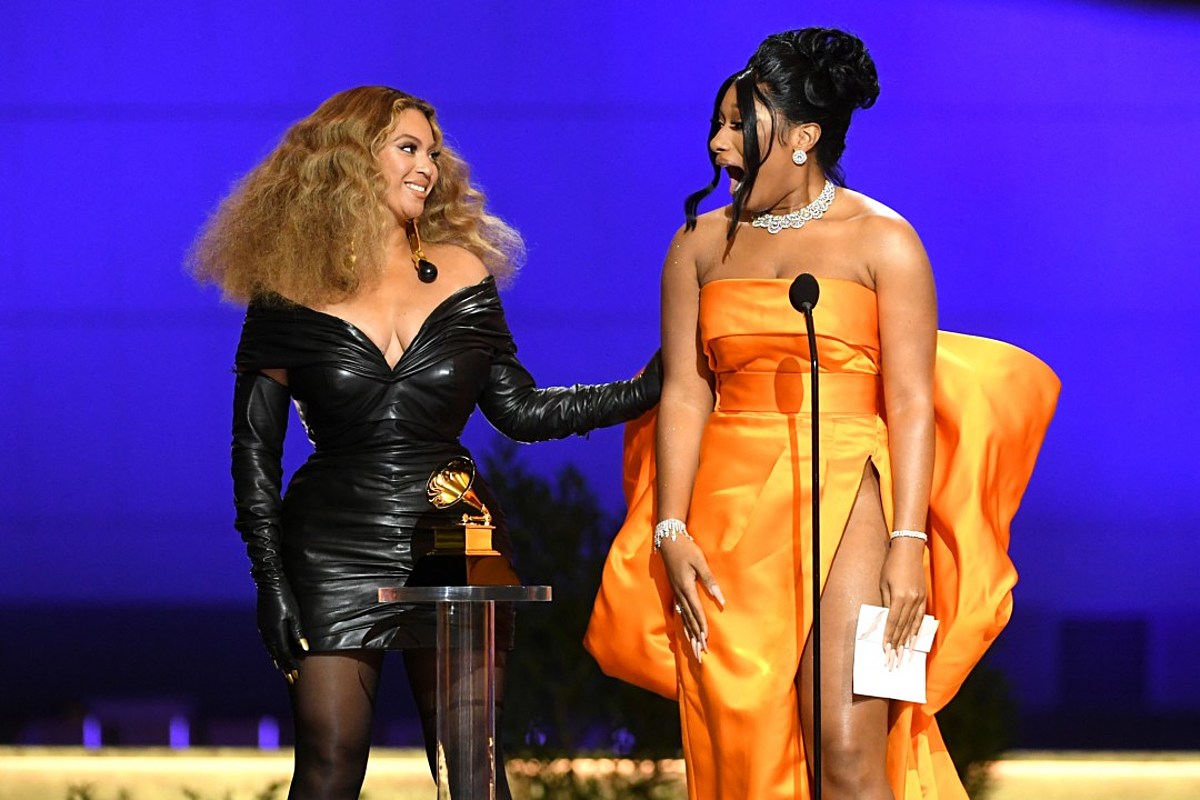 Beyoncé surprised fans, The Recording Academy and her collaborator Megan The Stallion by making an appearance at the 2021 Grammy Awards.

After performing “WAP” with Cardi B during the show, Megan changed back into her Dolce and Gabbana orange gown. She was visibly shocked as she walked up to the stage and noticed Beyoncé and Jay-Z sitting at a table. Bey joined her on stage.

At first, Megan was speechless and eventually thanked her collaborator for being there. She told the audience that she had dreams of becoming “the rap Beyonce.” Megan revealed that her late mother would always ask her, “What would Beyoncé do?” Her answer is whatever Bey would do but “make it a little rachet.”

Before the duo exited the stage, Beyoncé praised her collaborator. “I just want to quickly give my love to Megan,” Bey said. “I have so much respect for you and I’m honored that you asked me to be part of this song. I just want to say, Houston we love you!”

After their acceptance speech, Grammys host Trevor Noah informed Queen Bey that she just tied for a historic record. The award marked Beyoncé’s 27th Grammy win. She tied with Alison Krauss for the honor of most Grammy wins by a solo artist.

Beyoncé was seen mouthing the word “wow” and holding her hands on her chest. Her husband, Jay-Z stood up clapping for her before helping her down the stairs.