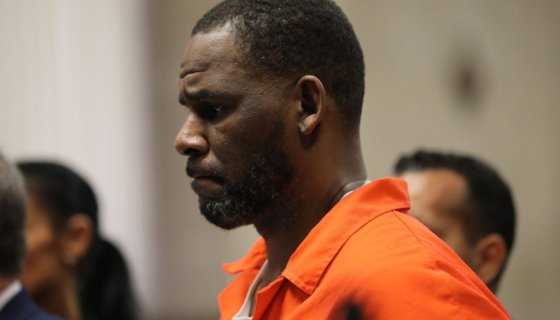 is still going to trial, but one of its dates got pushed back. The disgraced R&B crooner’s New Your trial for -trafficking and racketeering has been pushed back to late September.

But even that date is now iffy due to the ongoing Coronavirus Pandemic.

Page Six reports that on Thursday (April 17) Brooklyn federal Judge Ann Donnelly signed off on moving the trial from its July date to September 29 a teleconference.

However, “It’s impossible that that date is going to happen,” R. Kelly’s lawyer Douglas Anton told the Post.

Judge Donnelly would like to see R. Kelly’s trial go down in Brooklyn before his other trial in Chicago, which is due to start in October. The “Gotham City” singer is being held in Chicago, where he continues to ask to be released over the fear of catching COVID-19 while he’s locked up.

An . But now, R. Kelly’s rationale is that he’s too famous to be a flight risk, per TMZ. But the better argument his handlers are also citing is that there have now been multiple confirmed COVID-19 cases in the facility where he is being held (the Metropolitan Correctional Center).