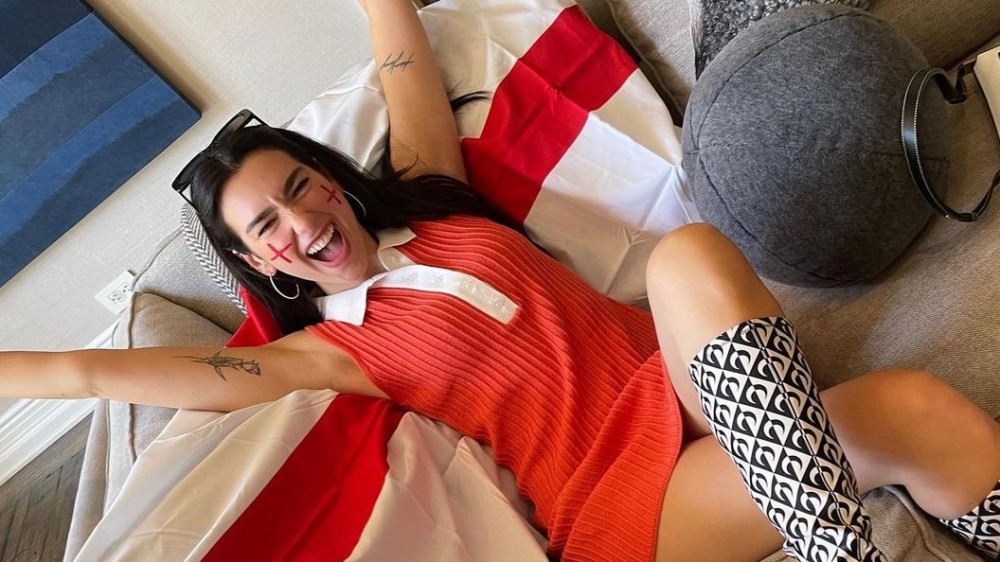 Marc Jacobs has been flexing his personal style this past week, especially with one label: Courreges. The designer wore the French label not once, but three times! In one instance, he opted for the classic jacket in light blue vinyl, and, in another image, a fire engine red incarnation. But the mod look that really stole our hearts? A sculpted black coat which he wore with his signature Rick Owens platform boots.

Across the pond, Dua Lipa was getting patriotic. The British singer celebrated England’s victory in the Euro 2021 semi-final looking extremely festive. In pure ’60s fashion, she opted for a sleeveless knit red collared dress and a pair of Marine Serre boots. Her accessories of choice? Festive face paint and British snacks.

Also, let’s not forget that fashion is back, baby, and it is full-blown couture! One of the biggest shows this week was Balenciaga. In the mix of attendees, there was French-Malian singer Aya Nakamura who wore a stunning emerald look from the French house. Someone else giving the powerhouse some love? Russian actress Renata Litvinova, a close friend of creative director Demna Gvasalia, who opted for one of the collection’s bold wide-brim hats.

Finally, if you’re looking to, ahem, step into summer with some bold footwear, look to fashion maven Kerwin Frost. The street style star and show host released a pair of XXL Adidas sneakers that fit the wearer’s feet, but appear larger due to their stuffed silhouette. Those are some shoes we’d like to walk a mile in.

Here, see more of the best fashion Instagrams of the week.