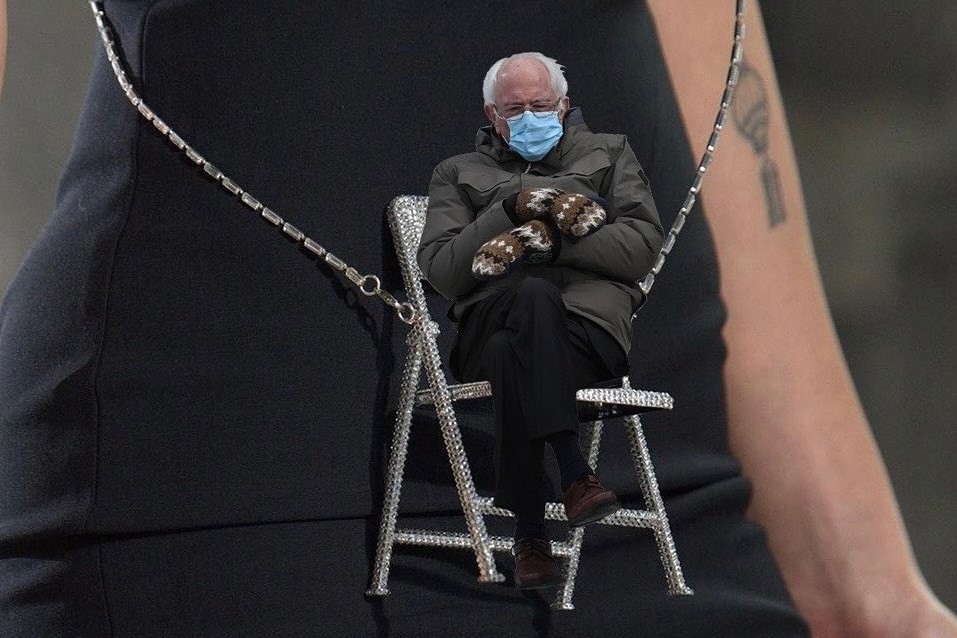 Bernie Sanders is a one man meme machine. The Vermont senator set the internet ablaze this week after an image of him went viral at Joe Biden’s inauguration. Now, he’s turned the meme into a sweatshirt, with all proceeds going to charity.

The “Chairman Sanders Crewneck” – named after the powerful Senate Budget Committee chair — is on sale now for $45, with 100 per cent of the proceeds going to Meals on Wheels Vermont. The jumper is so popular, it seems, that the site’s had to add a note, which reads: “Due to overwhelming demand for this item, it may be a few weeks until you receive your sweatshirt.”

The true winner of the US election, Sanders was snapped emerging from a socially-distanced sea of designer suits and dresses in his puffy winter jacket (the same one he was wearing in the “I am once again asking… ” meme), oversized mittens (sustainable, hand-knitted, made wholesomely by a school teacher from his home state in Vermont), and holding a manila envelope (naturally).

Memes soon followed, photoshopping the senator across numerous locations – including Marina Abramović’s “The Artist is Present”, the famed NTS radio booth, and the werkroom of RuPaul’s Drag Race.

During an interview with Seth Meyers on Late Night Thursday, Sanders said of the photo, “I was just sitting there, trying to keep warm, trying to pay attention to what was going on”.

In classic Sanders fashion, he took the opportunity to shout out the Vermont schoolteacher, Jen Ellis, who made his eco-friendly mittens and has already sold out the rest of her supply.

You can get your hands on your very own Bernie sweatshirt here. When you’re done, here’s a roundup of our favourite Bernie memes.