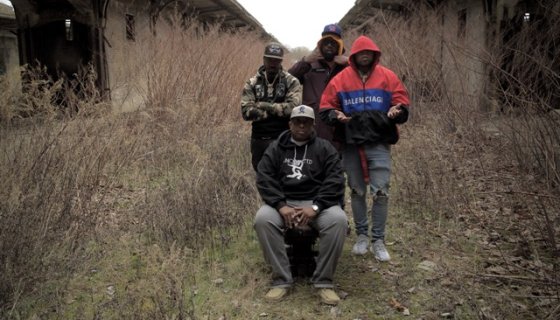 Seems like just yesterday Griselda had the streets heating up with their group project, WWCD, but since then it feels like we’ve gotten more dolo videos from the trio than crew joints.

Benny The Butcher continues that trend with his new visuals to “Deal Or No Deal” which features BTB in a studio session with his peoples crushing up chronic, sipping on potion and counting some paper. We wonder why Benny doesn’t have an iced out cleaver knife or something. Just sayin.’

Back in LA Slim 400 politics on his stoop with Desert Baby while highlighting the Black Lives Matter protests out on these streets for his clip to “Police The Enemy.”

Check out the rest of today’s drops including work from Cruch Calhoun featuring Dave East, Snow Tha Product, and more.

BENNY THE BUTCHER – “DEAL OR NO DEAL”

NEF THE PHARAOH – “MAC OF THE YEAR”