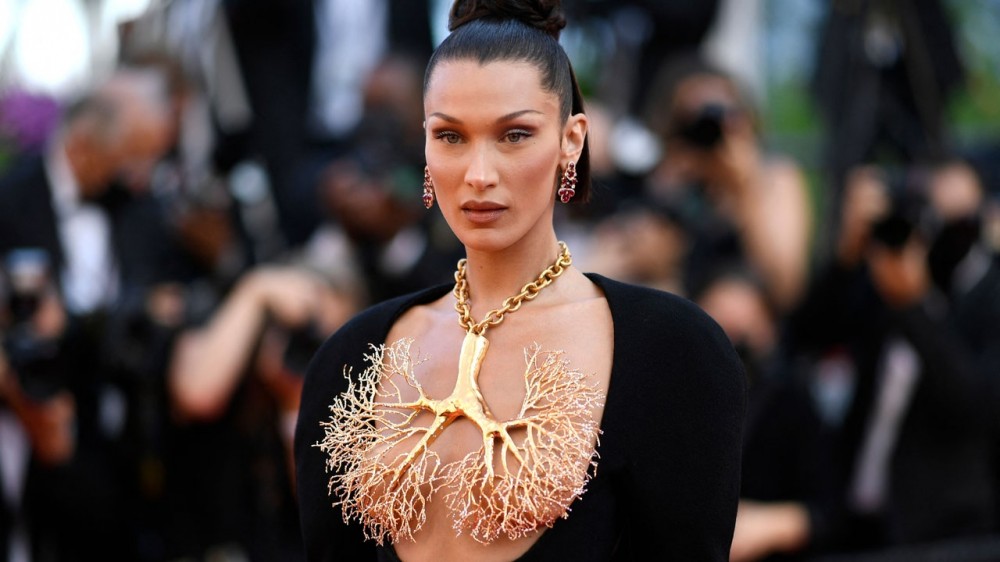 As the first major in-person film festival to take place since Venice last year, Cannes has seen plenty of agenda-setting looks hitting the Croisette red carpet this week. Still, it isn’t Cannes until the supermodels start arriving—and tonight, Bella Hadid brought all the high fashion glamour you could want.

This wasn’t just any red carpet gown, but a bold statement piece from Daniel Roseberry’s fall 2021 couture collection for Schiaparelli, which premiered just six days ago at couture week in Paris. While Hadid attended the opening night of Cannes, she made a brief mid-week detour to the French capital to attend the Balenciaga show, and presumably to get a last-minute fitting for her major Schiaparelli moment.

While the base of the look was a form-fitting black gown with padded shoulders, the star was one of Roseberry’s sculptural jewelry designs that have become one of his signatures since taking over the legendary French house in 2019. Designed to resemble a gold-dipped, anatomical cast of bronchi, the necklace was placed over the open neckline of the gown, which felt especially provocative.

That Hadid would opt for one of the collection’s edgiest looks comes as little surprise. As one of the fashion world’s most recognizable faces, Hadid has never shied away from embracing and supporting avant-grade designers. The Cannes red carpet might already be having a bumper year, but Hadid just raised the stakes once again.