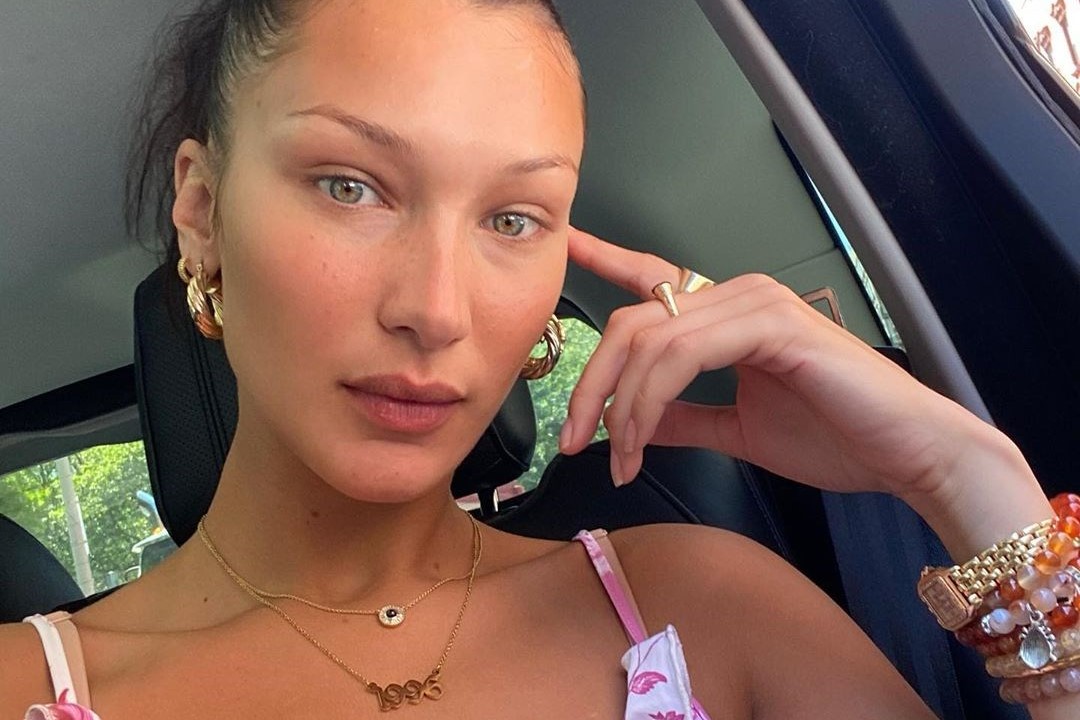 Quick question: do you remember Jane Norman? If you answered yes to that question, you’re probably a woman in your mid-late 20s who went to school in the UK at a time when flip phones were still a thing.

If that doesn’t apply to you, let me paint a picture: the Brandy Melville of 2005, Jane Norman was a high street brand beloved for the kind of lewks you might wear on your first night out to a club with a borrowed ID. A firm favourite of girls in Year 9 who would spend the time between lessons liberally misting themselves with Impulse body spray, the brand’s colourful carrier bags were a status symbol used to carry around PE kits.

Chances are you haven’t thought about Jane Norman since social media was invented (it went bust in 2011), which makes what I’m about to say even more surprising: Bella Hadid has been spotted wearing the brand. As pointed out by British Vogue, the pink and white cami Hadid was wearing out and about in New York is, apparently, a rare Jane Norman original.

So where did she get it from? One was recently sold on Depop by London’s Yesterday’s Babe Vintage, no doubt the result of many hours deep in charity shops in the Greater London area. And if Bella’s inspired you to get your hands on your own #Y2K #JaneNorman pieces, there’s plenty more on the resale app. Or you could ask your mum to go through the old clothes in the loft.