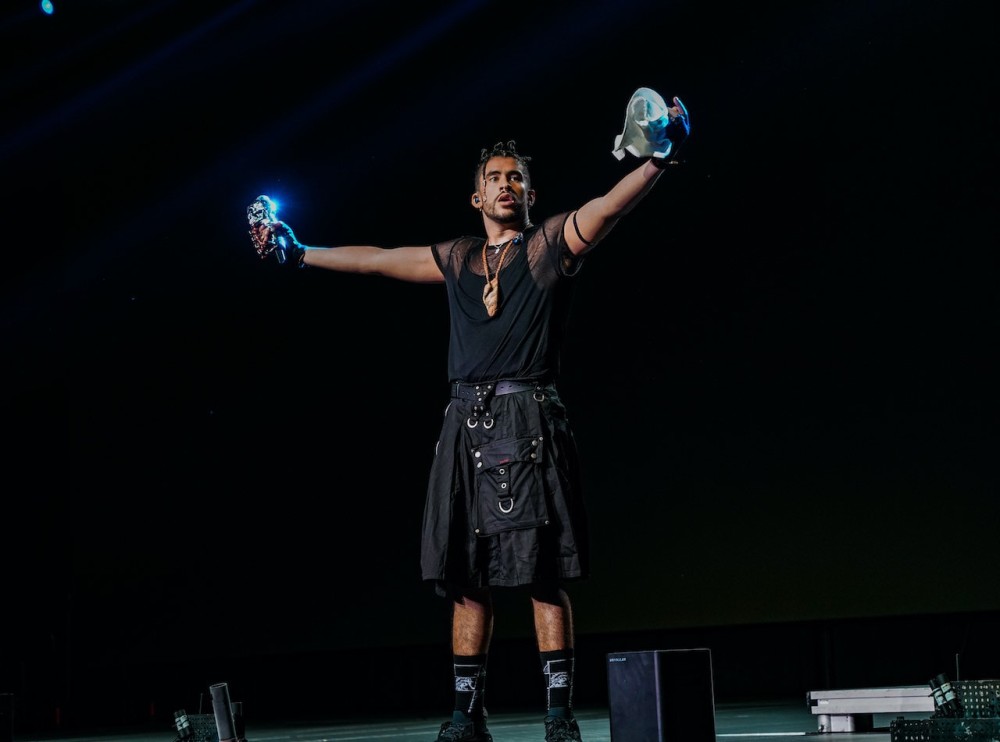 The anticipation rises with each passing day for Bad Bunny’s upcoming album, Un Verano Sin Ti. As part of his promo week, Benito unveiled today (May 4) the album art and tracklist for what’s to come this Friday. To say fans are excited is an understatement — I mean, have y’all seen the upcoming collaboration gems?

The 23-tracklist is split into two sides, vinyl record-style, Side A and Side B, featuring a noticeably genre-diverse set of collaborations in each column. Side A’s four collaborations feature all Puerto Rican artists: Chencho Corleone on “Me Porto Bonito,” Jhay Cortez on “Tarot,” Tony Dize on “La Corriente,” and his first-ever collaboration with Rauw Alejandro on “Party.” On the other hand, side B features a diverse set of female artists, unveiling three upcoming collaborations with the Colombian eclectic group Bomba Estéreo on “Ojitos Lindos,” the L.A. based psychedelic band The Marías on “Otro Atardecer,” and the Puerto Rican synth-pop duo Buscabulla on “Andrea.”

The official Need Pastel-designed album cover art highlights a little frowning heart character that we’ve seen before in Benito’s bucket hats, on a beach surrounded by palm trees, flowers, dolphins, birds, and a sunset. The third slide of the Instagram post teases a clip of what is presumed to be an upcoming track, featuring a violin-like sound infused with a distorted bass in the background.

gonna give benito the benefit of the doubt for adding callaita bcs maybe he changed it maybe shes different now pic.twitter.com/fPoFwT5LqS

There’s no doubt that the official album release will be the conversation of the weekend! Especially since based on the artist collaborations alone, Un Verano Sin Ti appears to be one of Benito’s most sonically diverse musical projects to date. Let the countdown begin!