Behringer is making a synth that isn’t a clone.

Budget gear company Behringer has teased a new semi-modular analog synth called Neutron. The bright red, two-oscillator desktop instrument has its own 56-point patch bay on the right hand side along with functions like sample and hold, LFO, overdrive and delay.

Probably the most surprising thing about the Neutron announcement is that it appears to be a completely original synthesizer design. Over the past 12 months, the company has courted controversy with a succession synth clones, including models the Moog Model D and Oberheim OB-Xa. 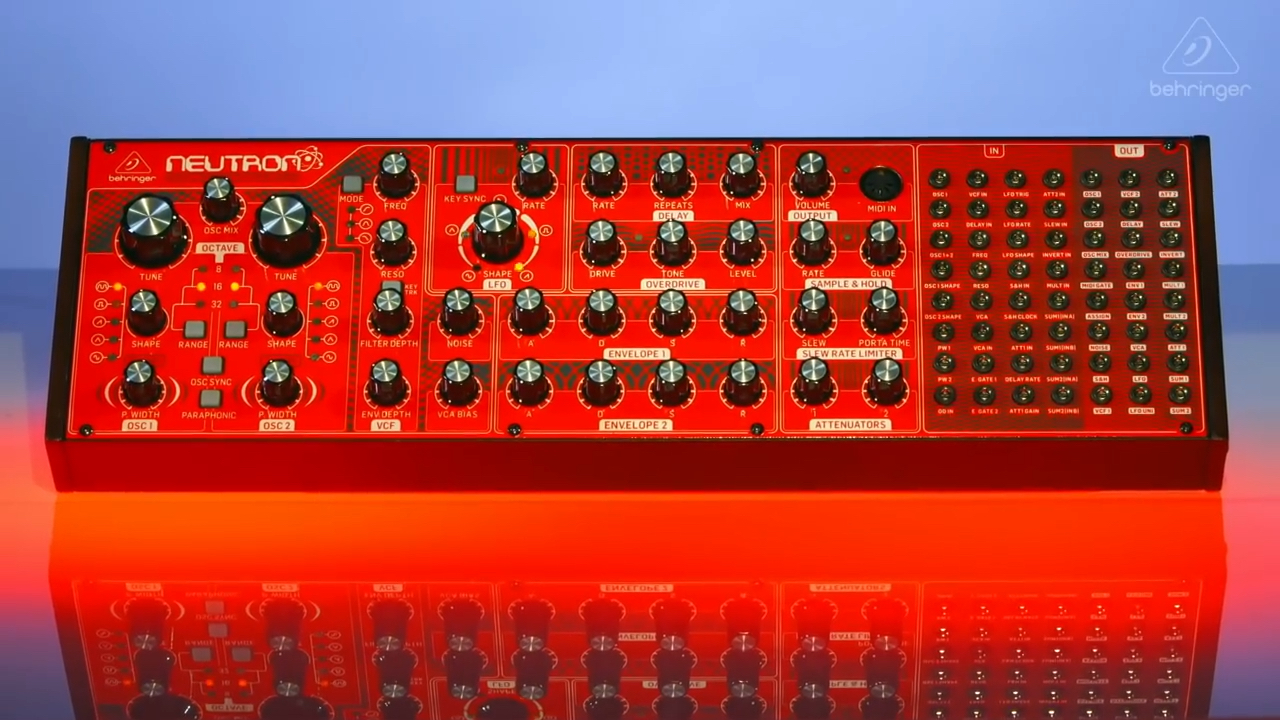 However, Behringer does have experience in making original instruments. Last year’s DeepMind 12 synth has been received fairly well, particularly with regard to its very competitive $999 price point. It’s not clear if the Neutron is that cheap, but the company did say last year it wants to make synths that start at just $49.

Behringer hasn’t said when the Neutron is likely to be released, but its $299 Minimoog clone – the Behringer D – still hasn’t shipped yet, despite pre-orders opening last June. It also has clones the Oberheim OB-Xa and Roland VP-330 to build, though given these are being built in engineers’ free time, the Neutron may arrive first.

Read next: Our music tech predictions for 2018