Behringer’s latest budget synth has a price and a release date.

Budget gear company Behringer has announced a release date and price for its new semi-modular synth, Neutron. According to a forum post by company founder Uli Behringer, the Neutron will cost just $299.99 and will be available in April.

Originally teased at the end last month, the Neutron has its own 32-in, 24-out patch bay as well as functions like sample and hold, LFO and delay. Behringer has also confirmed the delay is a multiple stage analog delay based on BBD (Bucket Brigade Delay) technology. 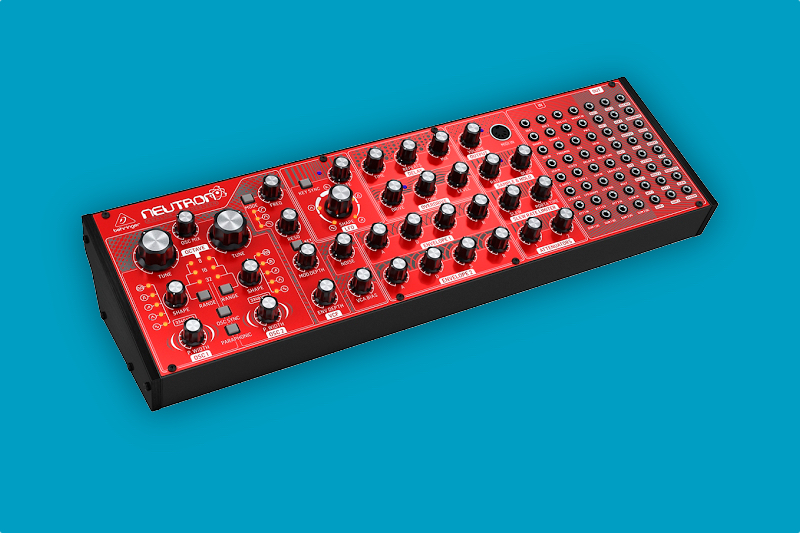 According to a leaked list specifications at Synthtopia, the Neutron also has utility functions – such as attenuators, multiples, slew rate limiter and summers – alongside a paraphonic mode for controlling both oscillators independently, overdrive circuit and individual pulse width/tone mod control.

Over the past 12 months, Behringer has courted controversy with a succession synth clones, including models the Moog Model D and a planned Oberheim OB-Xa replica, but the Neutron appears to be an original model that shares some characteristics modern semi-modular synths like Moog’s Mother-32.

Behringer’s other all-original analog instrument, the DeepMind 12, has been well received by critics and owners, but the Behringer D – the company’s Model D clone – is yet to reach the shelves.

“We have received such positive feedback about the Neutron that we feel confident about high projected production runs,” Behringer said in a post earlier today (February 7).

“As explained before, we work very differently from most competitors as we calculate our prices “bottom up”. This means that the larger the production volume is, the lower our component and manufacturing cost will be. Based on our philosophy, we then pass these savings on to you.”