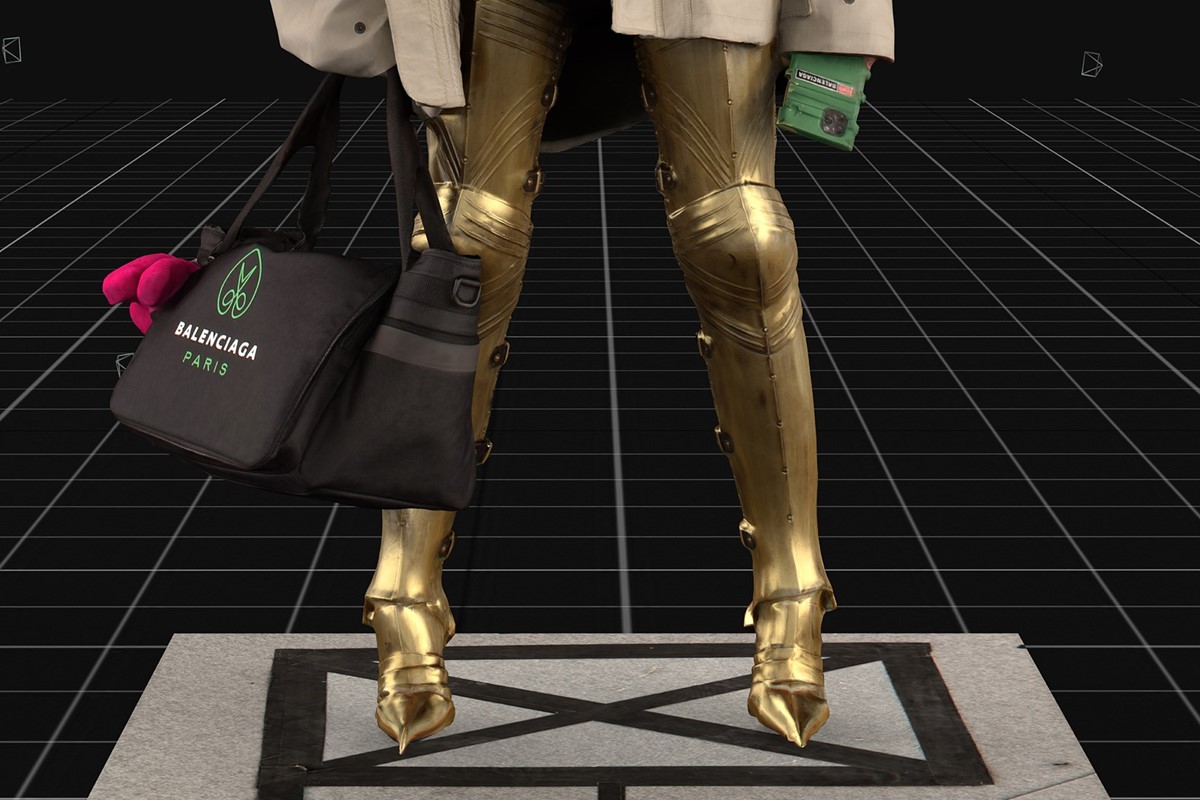 Back in 2020, Balenciaga dropped its AW21 collection via post-apocalyptic video game Afterworld: The Age of Tomorrow. Basically, it was business as usual for the brand, with oversized tailoring, baggy emo-esque denim jeans, and endless logo-emblazoned hoodies, sweatshirts, and accessories on the line-up.

One style that really stood out, however, was a pair of pointy boots that looked like they’d been nabbed from the wardrobe(?) of a medieval knight – which naturally we were #obsessed with. With little (okay fine, zero) hope held that we’ll ever get our hands on them, right now we’re living vicariously through Cardi B, who just posted a video of herself wearing the gold version on IG.

While there’s no sign of the rest of the outfit beyond matching metallic stiletto nails and a glimpse of what’s maybe a bathrobe, honestly, we’re hoping ‘Balenciaga Bardi’ goes all out and steps into the label’s full suit of armour at some point in the not-too-distant-future. Given she’s previously gone incognito in Richard Quinn and Marine Serre looks at Paris Fashion Week, it’s not really beyond the realms of possibility.

Revisit the AW21 Balenciaga collection in the gallery above.