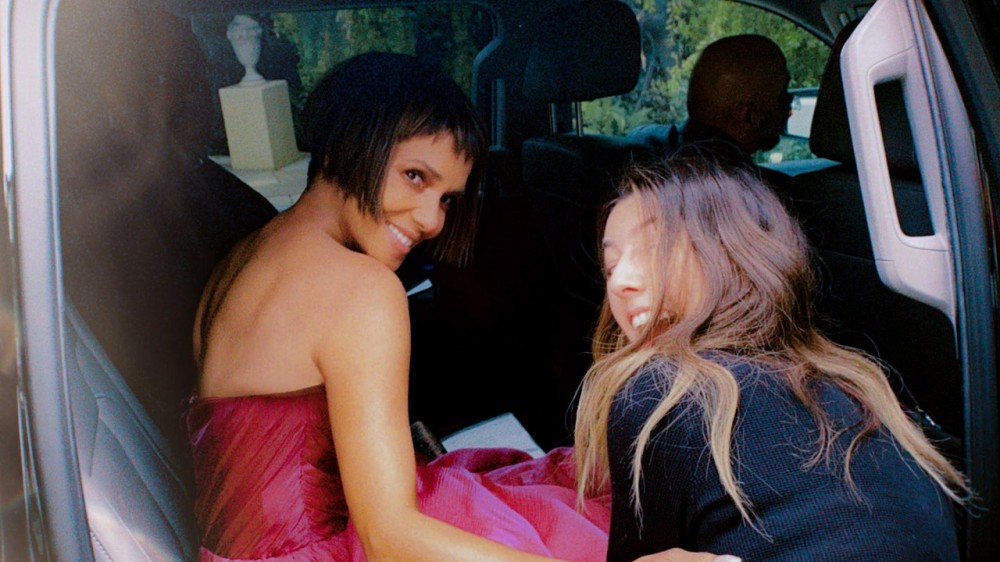 Halle Berry has had some epic red carpet moments. Who can forget her semi-sheer Elie Saab number from the 2002 Oscars or that glitzy two-piece Versace look to the 1999 Emmys? She continued her streak last night, once again bringing her head-turning star power to the 93rd Academy Awards. The actress, who presented the awards for Best Cinematography and Best Production, wore a deep lilac strapless gown with diving décolletage and a corseted bodice designed by Dolce & Gabbana. Her new ‘do was courtesy of Sara Seward, while her flawless makeup was by Jorge Monroy. On her arm? Her handsome boyfriend Van Hunt.

To create the look, Berry’s longtime stylist Lindsay Flores worked with Dolce and Gabbana for over a month. The piece was custom-made for Berry and took 240 hours of construction that included custom dyeing the organza at the House’s atelier in Milan. “I was really wanting to use new silhouettes and colors that we hadn’t played with in a long time,” says Flores. “Tons of color swatches, fabrics, sketches, and runway looks filled the board on this one as we played with different concepts. Ultimately, we landed where we did and I’m so proud of this moment.”

Ultimately, despite the pressure of red carpet dressing, Flores notes that the experience working with Berry is a seamless one. “Halle and I have been working together for over 20 years. There is a trust between us that allows fashion magic to happen,” says Flores. “We always keep it real, keep it easy, and keep it fun – because fashion should be fun.”