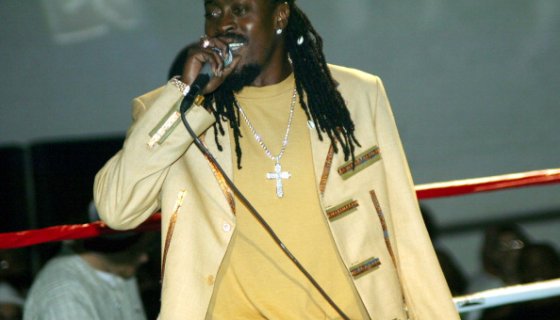 The highly anticipated battle between and was not only monumental, but it was the first time in history that the two legends appeared on the same stage to participate in the , which is usually all virtual.

On Saturday (May 23), streamed live from Kingston, Jamaica, the Memorial Day “Soundclash Edition” of and ’s flagship IG Live series was easily the most exciting and entertaining yet, as well as the first to delve into Dancehall Reggae. Although the showdown wasn’t a typical Jamaican Clash, it did incorporate elements from the Clash culture adding it to the unique #Verzuz battle format, creating an amazing experience for everyone tuned in, while simultaneously tapping into an epic rivalry that stretches back more than 25-years.

Stepping on stage and showing the world how to battle, Beenie Man and Bounty Killer came ready with coordinated outfits, each with their own DJs and a dancer.

Clash start off noooice. Man dem come inna dem suit. One in Gucci another in Fendi. In true Jamaican fashion it didn’t start on time and mad respect was shown to the beautiful island when the national anthem was played #VERZUZ #BeenieManVsBountyKiller pic.twitter.com/vYTR9w9aBI

With more than 450,000 people tuned in, including , , and Jamaican Olympic gold medalist , the battle was underway with the two icons trading jabs and having fun, that was until the police almost stopped the fun.

“Can we not do this right now? The world is watching us. We have 500,000 people watching us all over the world. Do you want to be that guy?” questioned Beenie Man before resuming the clash.

By then, Bounty Killer had gone off-screen.

“Come on officer. Tell the officers to go home,” pop star Rihanna posted in the comments during the live.

The country has a curfew beginning at 8 p.m., according to the US Embassy in Jamaica.

“No no, we not stop now” Beenie Man said as the live stream continued for another hour.

ICYMI: The police showed up during #BeenieManVsBountyKiller and Beenie Man was having none of it! He shut them down with the quickness, and kept the soundclash going! #Respect #VERZUZ 🇯🇲 pic.twitter.com/mbKxPxRIjT

Despite the minor setback, the show did go on and Jamaican Prime Minister Andrew Holness tweeted a celebratory tweet about the event. Speaking later on his behalf, press secretary Naomi Francis said it was a night when Jamaica won.

“Jamaica won tonight and the prime minister is ecstatic to have witnessed how well both men represented,” she said.

“This is how we represent the culture … At the end of the day, it’s a musical sport,” Bounty Killer said at the end of the two-hour live stream as he and Beenie Man sang Bob Marley’s “One Love.”

If you missed it, check out the full replay of the #Verzuz Battle below and peep what Twitter had to say after the jump.

#BeenieManVsBountyKiller Beenie Man stance is the same as when your mom is about to whoop your ass cause you did something bad and she caught you pic.twitter.com/kl0dvMcMlv

GOOD MORNING TWITTER, WHO IS RESPONSIBLE FOR THIS!?😂🤣😂😂😂😂 #BeenieManVsBountyKiller pic.twitter.com/Z9J1FHKTHH

🎶 Look into my eyes, tell me what you see. Can you feel my pain? Am I your enemy? Give us a better way, things are really bad. The only friend I know is this g*n I have! 🎶

Bounty just said: "Beenie – on stage we war but inna life, we par"

Word! When all is said and done, these legends are like brothers, you know. That's partly why this #Verzuz clash is such a joy to watch. #BeenieManVsBountyKiller pic.twitter.com/GrEh5vbKv8

Me leaving my yard to reach EVERY fete when corona over #BeenieManVsBountyKiller #verzuztv #Verzuz pic.twitter.com/BFbXfM2rou

The island of Jamaica has a population of 3 million people to date but the way their influence around the world is honestly unquantifiable. 🇯🇲💥#VERZUZ #BeenieManVsBountyKiller

What a performance! It was another amazing night for Jamaican music and Jamaicans seeing icons Beenie Man and Bounty Killer captivate the global audience. 🇯🇲🇯🇲 #ProudJamaican #BeenieManVsBountyKiller #VERZUZ pic.twitter.com/C3LxQlaZM3