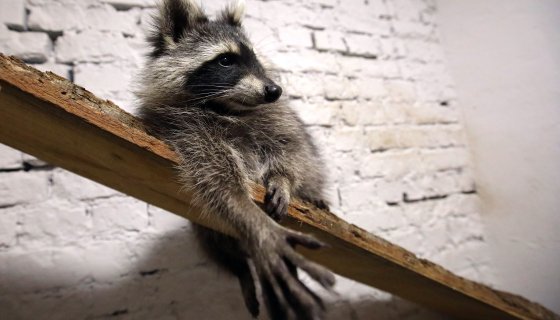 has fashioned itself as a brash counter in the sports media world to the polished reporting and presentation of ESPN, but that hasn’t come without a fair amount of controversy. After its founder David Portnoy was called out for not to mention other offenses, the Black employees of the network gathered for a podcast to coon their lives away titled, and please brace yourself, “N.I.G.G.E.R.”

The 2Biggs Podcast, which bills itself as “the BET of Barstool Sports,” launched the episode with acronym spelling out “Now It’s Gonna Get Extremely Real” featuring The Minority Report. Hosts Willie Colon and Brandon “Black Brandon” Newman lead the podcast which also featured Trill Withers, Zah, Ebony, Liz Gonzales, and the 20 Dollar Chef, and we have to say first that we have no idea who these people are.

We gave the first 15 minutes of the program a listen and it leads with brashness as expected, a sort of phantom defiance that they’re unfiltered and ready to handle the smoke. Colon opens explaining how he discovered his boss Portnoy letting the n-word fly. It does appear that Colon and one of their colleagues were ready to get into Portnoy’s bullsh*t but Colon decided to speak with the man they call “El Presidente” one-on-one.

Much of the early discussion was about the Black employees of Barstool Sports ready to ride on Racist Dave but decided to handle it internally as a crew. Colon says that in his chat with Portnoy, Mr. Boss Man never apologized and doesn’t intend to do so.

Truthfully, the table-setting for the episode took far too long and who knows what the conclusion is but it’s apparent that these fools are still working for Barstool Sports because, in our estimation, the bag must be nice. One of the guests, who identifies as Mexican, says that Portnoy’s a good guy and defended his racist routine by calling him an “equal opportunity offender.”

While that’s corny on its own, we won’t even talk about this Black & F*ckin’ Beautiful skincare ad that played after the first break and was not at all humorous. We don’t have to tell readers that you can find this garbage on your own time as we’re not going to give them any more clicks.

On Twitter, reactions to the show’s title have been coming with many asking why they’re still hanging with David Portnoy.

I aint even finna put this Barstool joint on your TL. Just know that if you rocking with them still, you the ops.

If you support barstool at this point idk what to say pic.twitter.com/YESe3k6AcA

Barstool Sports made all their Black talent get on a podcast to talk about their white boss being a racist and they titled the podcast…“N.I.G.G.E.R”? pic.twitter.com/T6fDd9DAt3

Those black Barstool employees tap dancing crazy. I pray I don't ever need a job that bad.

“thanks for tuning in to Barstool’s Kontinuing Krucial Konversations with Big Wizard and Grant Dragon, we’ll be back with 14 words for you right after this message from stamps dot com”

Fam. The Barstool bag can’t be that serious to shuck and jive in this economy.

Black @barstoolsports employees said they confronted Dave Portnoy telling him they were offended by his racist comments and Dave responded that he was bigger than them, more powerful, and writes their checks. pic.twitter.com/A5nXpfCrir

Imagine giving birth to a beautiful black baby then seeing grow up to be on a podcast named Barstool N. I. G. G. E. R. years later

"Is he black? Or is he Barstool black?" pic.twitter.com/DxvF1fwyH9

Let me try to wrap my brain around this. Barstool had a podcast to talk about it's founder's blatant and exposed racism, decided that an appropriate name for said podcast would be the literal N word, but didn't tell the black hosts beforehand? Am I understanding this correctly? pic.twitter.com/5D85nAGDEw

black people working at barstool over there looking like pic.twitter.com/PVLFiYoGhg

This barstool podcast thing reminds me of when a university says they have diversity but only puts the one or two black students on campus that they know in their flyers.

Think the worst part of that barstool black person podcast is the fact that the name invokes that uncomfortable type of self-deprecation that kids of color do to fit in with white kids. It’s just grown men doing it now to appease their shitty boss

Barstool didn’t put that podcast out for Black folks’ consumption.