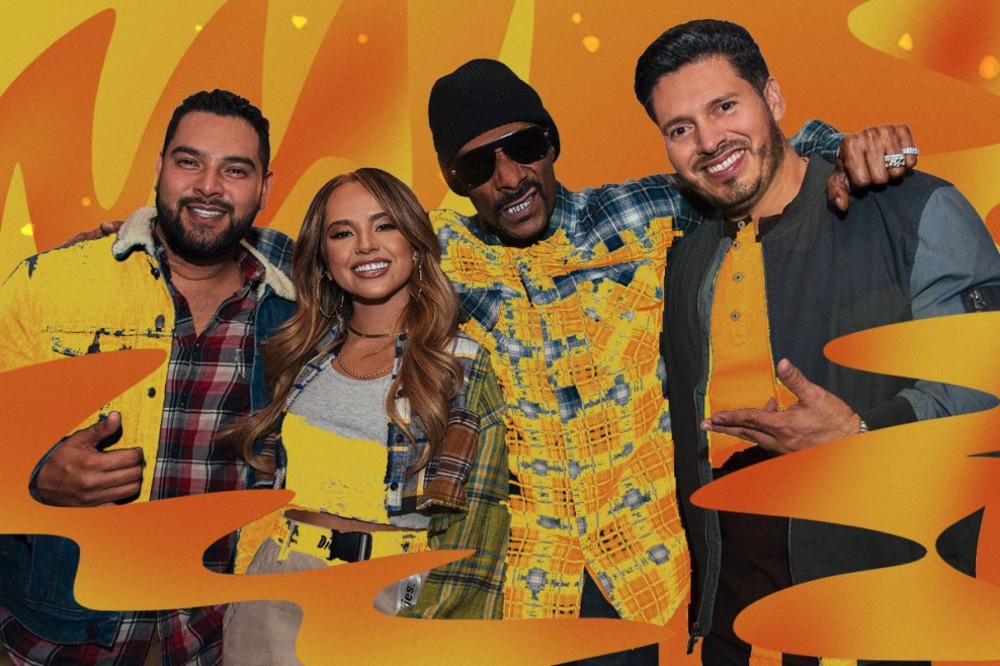 Tío Snoop Dogg joins forces with Banda MS and Becky G in the remix music video for “Que Maldición” that was released today (Dec. 10). In an exclusive interview with Remezcla, Banda MS’ lead singers and Becky G shared the importance of their crossover collaboration.

“This is a union of three cultures,” says Banda MS’ Oswaldo “Walo” Silvas Carreón. “We need this unity because we’re living in an era of disunion between races, colors and genders. To include Becky G, who is a woman, on this project, is going to globalize the unity that we’re hoping to achieve. As artists, that’s how we can contribute to the unity that we need during these times.”

The top-selling Mexican group first released “Que Maldición” back in April as an incredible blend of banda and hip-hop music with Snoop Dogg on the track. That unity Banda MS speaks of comes through clearly in the music video that adds Becky G to the mix.

Banda MS mourns the death of a community member in L.A. alongside Becky G and Snoop Dogg. The loss brings together the brown and Black folks in the neighborhood, as Snoop lights a Virgin Mary candle in her honor.

“I love Banda MS and I love Snoop Dogg so it’s like my two worlds coming together,” says Becky G. “As a kid growing up, my parents always played English and Spanish music. The Spanish music was everything regional Mexican. In the English world, my parents played hip-hop, so of course Snoop D-O-double G was in the mix.”

Becky G reveals that she had fun playing translator between Banda MS and Snoop Dogg while shooting the music video. “When we were on the set of the video, I was kind of playing translator a little bit, which was so sweet,” she says. “Snoop speaks a little Spanish, more or less. He’s got his ‘Hola’ and ‘¿Cómo estás?’ down.”

As difficult as 2020 was due to the COVID-19 pandemic, Banda MS’ Alan Ramirez Salcido hopes for better in the year to come. “We hope everything goes back to normal after all this,” he says. “We want to do a concert where Becky G and Snoop Dogg join us. That would be something cool for us and all our fans.”

Becky G adds, “I think it’s been a hard year for a lot of people, especially our Latino community. Our brown and Black communities have suffered a lot this year that next year I really hope it’s much brighter, not just for my career, but for everyone.”