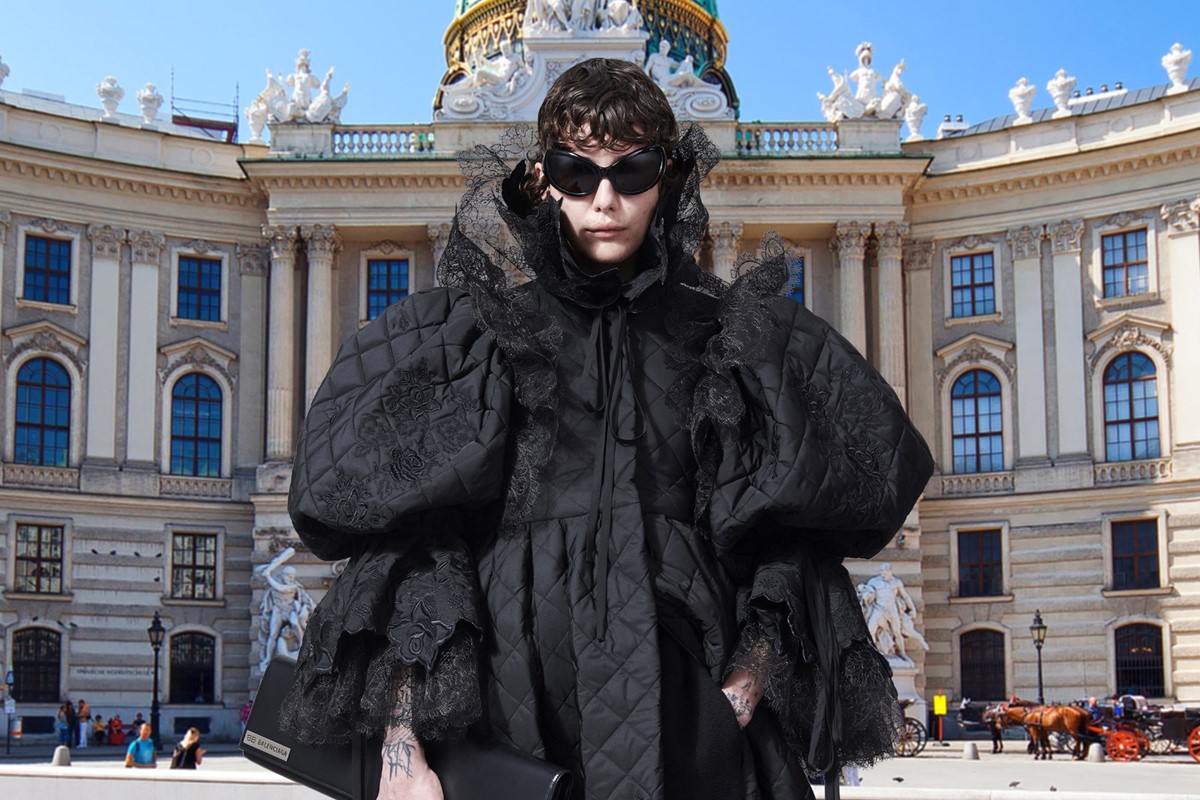 It’s been 53 years the old lady said, unclasping the Triple S sneaker from her withered hand, and dropping it deep into the ink of the ocean. Indeed, it was 1968 when Balenciaga last showed a couture collection, but this summer, under the orders of Demna Gvasalia, the house will return to its haute-roots.

While recent Balenciaga shows have seen runways transposed into futuristic video games, mock parliament chambers, and flame strewn digi-tunnels, this time around, the Paris label is going back in time. Come July 7, Gvasalia will be opening the doors to a fully restored version of Cristóbal Balenciaga’s original salon, which will serve as location for the designer’s (in-person) couture debut.

The reconstruction will take place above Balenciaga’s historic 10 Avenue Georges V flagship, with its second floor renovated as a total facsimile of Cristóbal’s former space – all vaulted doorways, Cinderella curtains, and wee gold chairs squared off like a waiting room. It’s been, presumably, a year in the works considering the brand’s return to couture had originally been slated for last summer. Though that was thwarted, like everything else, by the pandemic.

If Balenciaga’s latest collaboration, or “hacking”, with Gucci is anything to go by, this will be no mere reenactment, but a heady “simulation”, sure to bend tradition at least in some way. In fact, the designer has already revealed that Balenciaga couture will include menswear and show just once a year, as he disregards the official calendar in much the same way he has when it comes to RTW.

Although we’ve seen Gvasalia’s collections become increasingly avant garde over recent years – think those velvet hooped dresses or metallic fairy frocks – there is no telling what he will cook up for couture, which, in its very nature, is already free from commercial restraint.