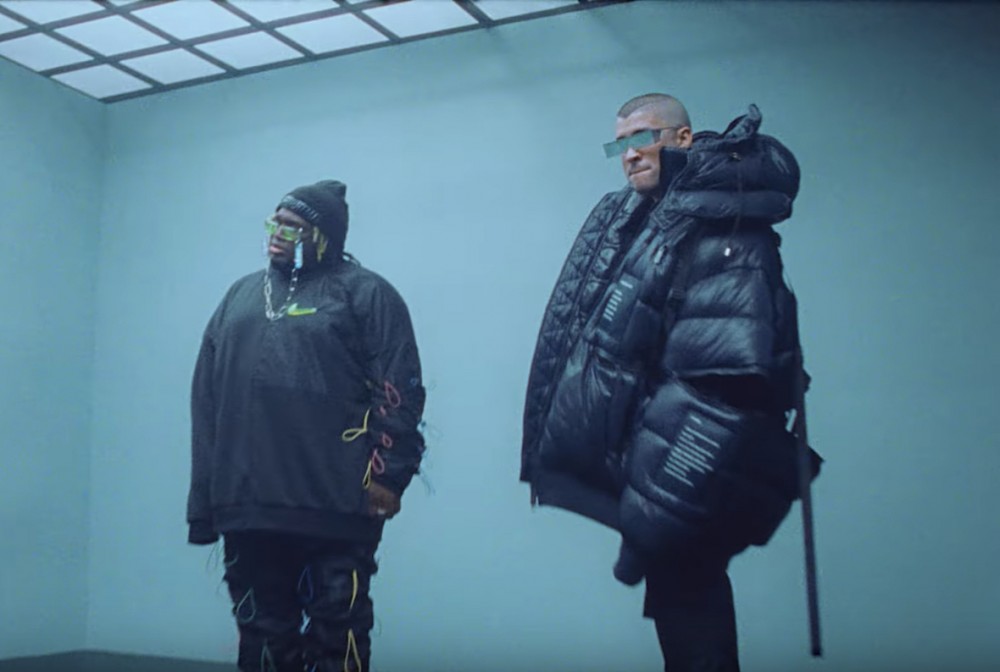 In hit songs such as “Soltera (Remix)” and “Otro Trago,” Bad Bunny and Sech sang the praises of being single. Yet in honor of Valentine’s Day, though, the urbano titans change their tune in their latest song, “Ignorantes,” or “Ignorant.”

In their first-ever collaboration, the two vocal virtuosos plead with their exes to take them back — and put their gospel choir training to good use. “La soledad no me asusta/Pero dormí solo no me gusta,” they sing, their voices intertwined in breathtaking harmony. “Being alone doesn’t scare me/But I don’t like sleeping alone.” Even if it means rehashing the same old arguments, they add in the chorus — it’s all worth it for the subsequent, passionate nights of lovemaking.

In the Cliqua-directed video, shots of Bad Bunny and Sech are interspersed between scenes of lovers, who represent various races, ualities and gender presentations.

Panamanian singer-songwriter Sech made a splash in 2019 with his Latin Grammy-nominated sophomore album, Sueños. The 25-year-old will perform alongside Nicky Jam, Natti Natasha and many other Latin stars at this year’s Premios Tu Música Urbano, the premier awards show for Spanish-language urban music.

Shortly after his surprise appearance at Shakira and J.Lo’s Super Bowl halftime show, he teased his upcoming album, which is due to drop in February. He has repeatedly used the hashtag “#YHLQMDLG,” perhaps alluding to the title of that record. It will be his first full-length release since his 2019 LP with J Balvin, Oasis. Bad Bunny’s debut album, X 100PRE, was named one of Rolling Stone‘s Best Albums of 2019.