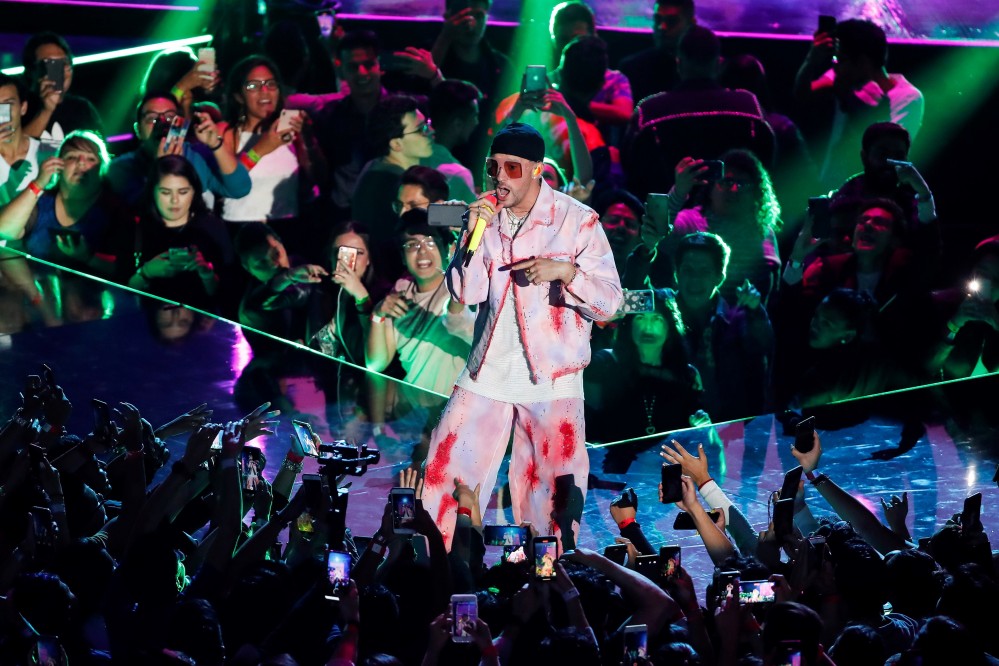 Bad Bunny released a surprise 10-track album, titled Las Que No Iban A Salir, or The Ones That Were Not Coming Out, on Sunday at noon. A number of reggaeton luminaries are featured on the album, including Don Omar, Yandel, Zion & Lennox, and Nicky Jam. The hit-writer-turned-solo-star Jhay Cortez also contributes to the “Como Se Siente” remix.

Bad Bunny’s latest full-length came with little warning. However, he notably previewed some of the new tracks on Instagram Live during quarantine, sipping from a red solo cup and cracking jokes as he played thundering trap singles.

The timing of Bad Bunny’s release was all the more surprising considering that his last full-length, YHLQMDLG, is less than three months old. YHLQMDLG featured veterans (Daddy Yankee, Yaviah) and rising stars (Sech, Myke Towers) alike, and it was an instant hit, debuting at Number Two on the Rolling Stone Top 200 Albums chart and amassing close to 165 million streams opening week.

Listeners have returned to the album consistently in the weeks since its release. YHLQMDLG hasn’t left the Top Ten, and its racked up nearly a billion streams in the U.S. alone. The album conquered old-school mediums as well as the digital world. “Yo Perreo Sola” and “La Dificil,” a pair of lean, hard-nosed reggaeton singles, are both Top 20 on Latin radio this week.

As Covid-19 spread around the world earlier this year, many older stars decided to postpone planned albums. But digitally savvy acts with fervent streaming fanbases have remained effective. DaBaby released Blame It on Baby, his second album in less than seven months, in April. Drake dropped a surprise mixtape, Dark Lane Demo Tapes, on May 1. Now Bad Bunny has a surprise quarantine album of his own.