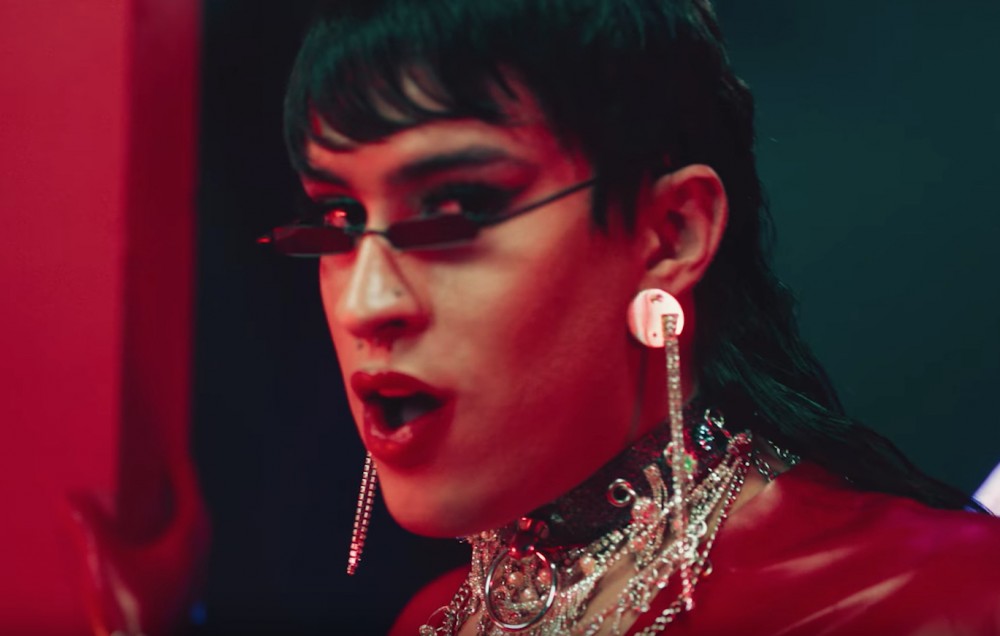 And the category is… quarantine queen!

As if Bad Bunny’s last-minute sophomore release, YHLQMDLG, wasn’t enough of a surprise, on Friday the Puerto Rican reggaeton star treated fans to a dramatic RuVeal, by making his drag debut in the jaw-dropping new video for “Yo Perreo Sola,” or, “I Twerk Alone.”

Featuring vocals by female singer Nesi, “Yo Perreo Sola” is dedicated to those who desire to dance alone, and safely, at the club.

“I wrote it from the perspective of a woman,” Bad Bunny explained to Rolling Stone in a recent interview. “I wanted a woman’s voice to sing it — ‘yo perreo sola’ — because it doesn’t mean the same thing when a man sings it. But I do feel like that woman sometimes.”

In the new visual directed by Cliqua and Stillz, Benito opens the video in a red vinyl dress and matching thigh-high boots, dancing seductively for the camera. By the sheer power of his glamour, with one swipe he telekinetically knocks out a hoard of fiendish men who try to approach him while he dances. Other women dance freely on their own as he sings, donning a high fashion kilt and chains, “Te llama si te necesita/Pero por ahora está solita/Ella perrea sola.” (“She’ll call you if she needs you/But for now she is alone/She twerks alone.”)

In the final frame reads a damning, but necessary public service announcement on ual harassment: “If she doesn’t want to dance with you, respect her, she twerks alone.”