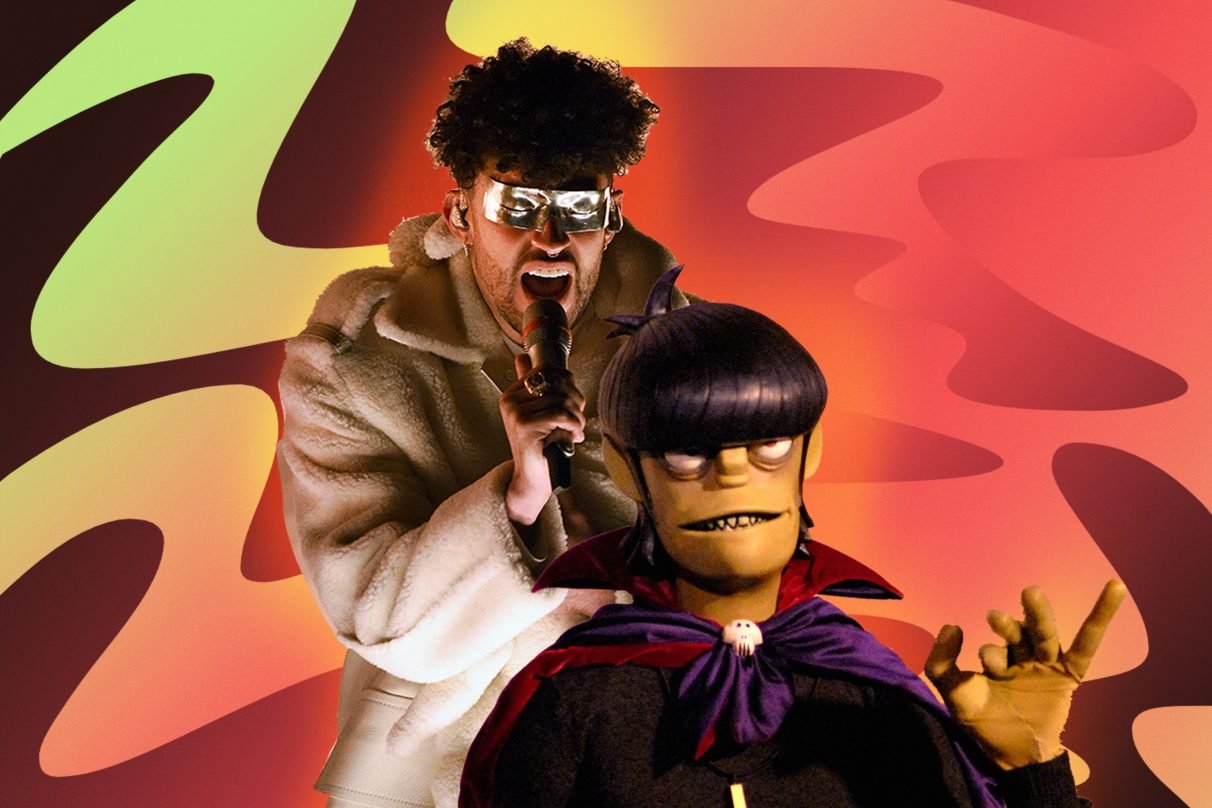 It’s happening: a Bad Bunny and Gorillaz collaboration is on the way, according to Damon Albarn, the band’s co-founder and lead vocalist. During an interview with Warp, he confirmed the collaboration had happened while they both were in Jamaica. Unfortunately, we don’t have a date, but the fact that that recording is out there is the kind of news we want to hear.

“What I love about Gorillaz is that I can bring [in] anyone I want, you know?” he said. “I was in Jamaica recently and recorded a Gorillaz song with Bad Bunny, that’s something exciting for next year.”

Albarn has us even more excited because he said that the next Gorillaz album will be influenced by Latin America. He continued on by saying, “Bad Bunny is the first single. It is the first song I have made from this new project,” he said before continuing, “I still don’t know when it will come out, or how we are going to launch it, but we finished it and it is… yes, more or less a reggaeton song. It’s Bad Bunny meets Gorillaz.”

Bad Bunny is no stranger to exciting collaborations. He’s worked with El Alfa for “La Romana,” Daddy Yankee in “Vuelve,” and Drake for the song “MIA.” And just this year his collab with Aventura for “Volvi” hit #1 on the Billboard Hot Latin Songs Chart. There was also Bad Bunny’s collab with Sech and Mora for the remix of “Volando” which was a remix of sweet lyrics, wholehearted lines, and R&B soulfulness.

This Bad Bunny and Gorillaz collaboration is another addition to El Conejo’s extensive repertoire. And it’s not the first time or last time that Gorillaz has worked with talent and created collabs that hit it out of the park. They worked with Grace Jones for “Charger,” Peter Hook and Georgia in “Aries,” and even Jehnny Beth for “We Got the Power.”

And as expected, the internet is down for this collaboration!

BAD BUNNY HAS A COLLAB COMING UP WITH THE MF GORILLAZ!!! I AM SO HAPPY!!! FUCK!!!