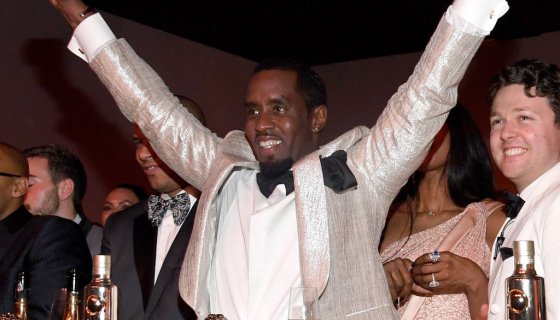 continues to evolve every year and 2020 will be no different. The mega mogul is asking us all to put respeck on his new vibes a new name.

HipHopDX is reporting that has taken his latest moniker even more seriously than we all thought. According to documentation obtained by The Blast the Bad Boy Records founder has formally changed his name. Puffy has dropped the John and is now Sean Love Combs. Yes, Sean Love Combs people.

Apparently his team filed petition on his behalf requesting the change of his John Hancock late last year. On Tuesday, January 21 a judge signed off on the petition for the modification. It should be noted the “All About The Benjamins” rappers was not in attendance when the magistrate approved the application.

This is not the first time Money Making Mitch has dabbled with incorporating the word synonymous with deep affection into his handle. In 2017 he announced to the world that he was stepping into a new era of his life and needed a name to reflect the transition. He asked everyone to refer to him as “Brother Love”.

Say goodbye to Puffy, Diddy, and Puff Daddy and hello to LOVE aka Brother Love. Sean Combs has changed his name once again. (📷: Instagram)

While he has yet to formally acknowledge the switch his recent social media posts have all been centered around spreading positivity. Additionally he signs off his captions with “Love”.