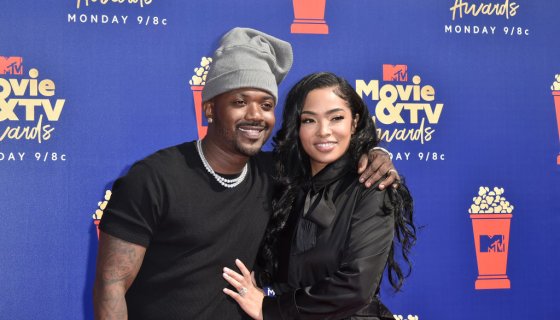 and ‘s four-year marriage hit the rocks earlier this year after Love filed for the divorce back in May amid some troubles on the homefront. Last week, Love filed to dismiss the filing and it also appears that the couple is reconciling if chatter around a recent photo is true.

The Blast exclusively reports that Love filed to dismiss the divorce on July 8 with the judge signing off on the order days later.  The couple had been living apart for some time, this after Love accused her husband of leaving her high and dry in Las Vegas after an argument.

More from The Blast:

But, after filing for divorce, Ray J posted a video of him and their son inside of the singer’s Los Angeles home — where it appears a woman is walking behind the camera as he filed the selfie shots!

It appears the couple may be back living together and giving their relationship another shot!

If this does indeed signal a return to marital bliss for the Norwoods, congratulations and best of luck!