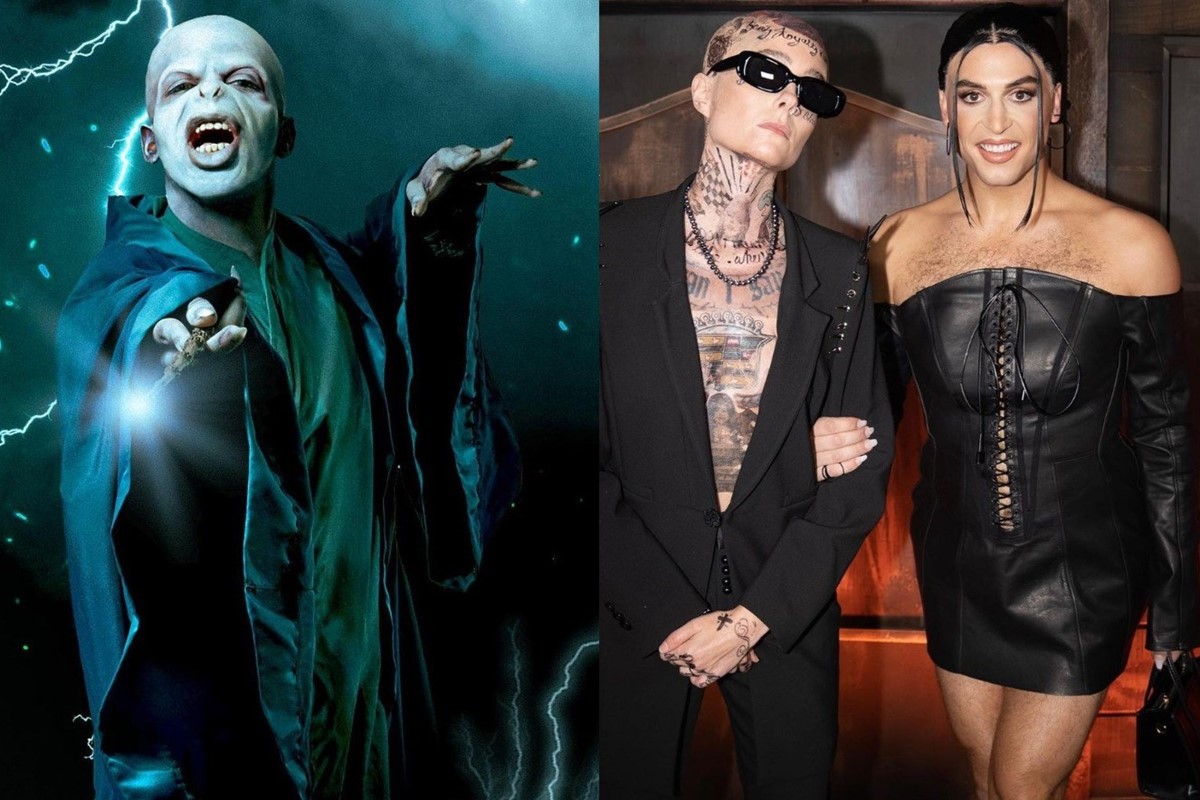 Beneath all the prosthetics, famous people simply decided to dress up as each other this year

What’s that coming over the hill, is it a rich person with an FX kit? The theatre of celebrity Halloween, with all its glam squad sidekicks, choreographed social media posts, and toddlers-as-props is a frightening spectacle to behold. Obviously, it’s fun to ogle at bottomless budgets and watch the glitterati transform themselves into beasts, but it’s also a ghoulish reflection of the ways in which we self-curate identity, personality, and image. After all, what better way to feed the churn of today’s attention economy than to shed our skin and assume an entirely new, monstrous identity?

For celebs, Halloween is more than just a content mill. It’s the Super Bowl of self-branding, an opportunity to flag pop cultural allegiances, originality, and (just maybe) a sense of humour. That Kendall Jenner, with a dour rotation of The Row looks and a house stacked with James Turrell sculptures, should find inspiration in Tim Burton’s lesser-known Mars Attacks! is little surprise. Nor that Lizzo, who makes headlines for her viral TikToks, should dress as Yoda, the Jedi master turned internet gag. And, in 2021, the (oc)cult of the celebrity seemingly reached its apotheosis, with many deciding to dress up as each other. This year we had Rihanna as Gunna, Rickey Thompson as Nicki Minaj, Ludovic de Saint Sernin as Megan Fox, and Bennito Skinner as Kourtney Kardashian.

Below, we round-up the best in school from this year’s famous person Halloween.