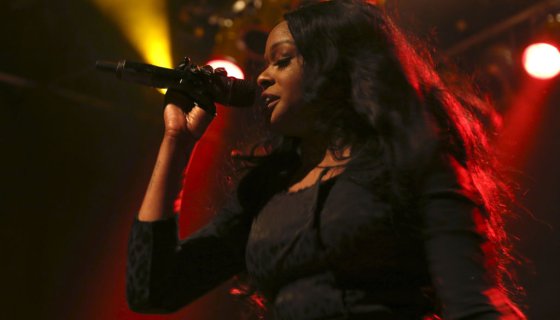 has landed in the news again but this time, it appears this is a far more serious situation in comparison to other breaking stories. The Harlem rapper claimed that a neighbor threatened her with gun violence which prompted her to drop her address publicly.

The rapper was on Instagram Live broadcasting from her Southern California home where she tearfully told her fans that a neighbor allegedly pulled a gun out on her after knocking on her door. Banks, 28, said she was afraid to involve the police because she said that police might take the man’s side and that she was the only Black person living on her street.

Banks gave out her address to fans asking for their help and protection but instead, police were called to the home and it was later revealed by Banks that the neighbor apparently lied about the firearm. She then said that she intends to leave the residence and move back home to New York to complete work on an album.

Across social media, some observers took the low road and made jokes about the situation. It isn’t a laughing matter, despite one’s interest in Banks’ career or her past actions. The threat of gun violence is a serious thing and we can’t help but hope for the best for an artist that still has something to offer the game should she choose to share her talents.

Check out the videos that have been floating about on social media below. A Warning: the images may be disturbing to some.

Azealia Banks asked fans to come to her house while she calls the police after her neighbor pulled a gun on her last night. Let’s hope everything is ok. 🙏🏾 pic.twitter.com/yDIA8YXPzN

#azealiabanks is distraught someone pulled the gun on her pic.twitter.com/gHCWFcrnix