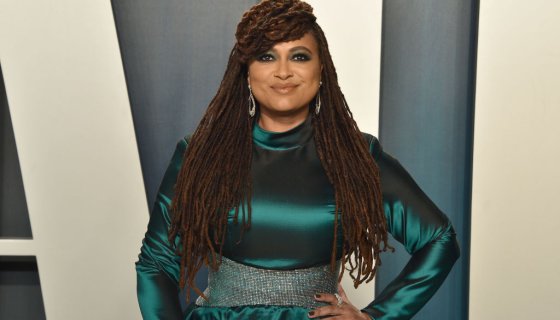 has proven that her deft touch as a director yields positive results, most especially on topics or subjects that are near and dear to the Black community. It has been announced that she will be directing a documentary on the late for Netflix.

Deadline exclusively reports that DuVernay makes a return to the streaming service after her documentary 13th and the limited series When They See Us, both critically acclaimed works that were named huge successes for Netflix.

The publication added that the rights to the documentary were in the center of a fierce bidding war between other streaming services before Netflix won out. While the numbers weren’t announced, it appears that DuVernay was offered an eight-figure deal on the higher side of the financial spectrum.

Coming off a plethora of dramas like the Emmy-winning When They See Us, the soon-to-launch Cherish the Day and the Rosario Dawson-starring DMZ pilot in production for HBO Max, the Nipsey film is DuVernay’s first return to documentaries since 13th, the criminal justice, race and mass incarceration film four years ago.

Deadline says that DuVernay was personally selected by the estate of Hussle, real name Ermias Asghedom, and was swayed by the director’s work on 13th and When They See Us. Last month at the Grammy Awards, DuVernay introduced the tribute to Hussle at the Staples Center in Los Angeles.

The documentary will be a collaboration between DuVernay’s ARRAY production company and Hussle’s Marathon Films. DuVernay is named both as a producer and director.