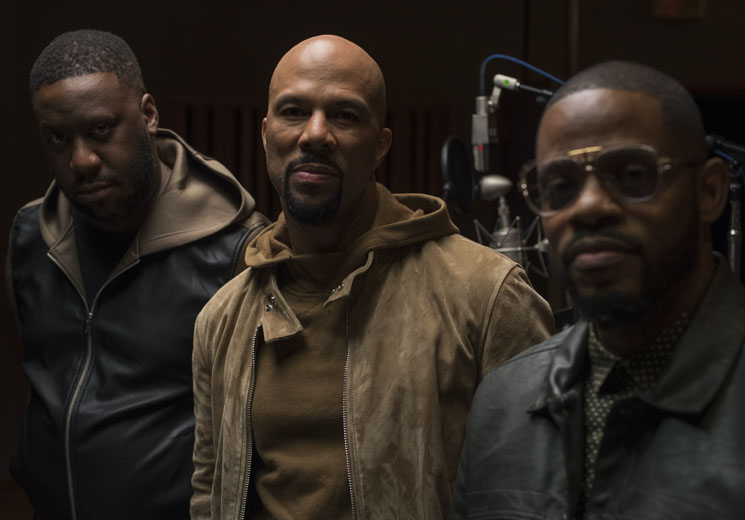 “Trump is the best thing that happened to black people,” says Grammy Award-winning pianist Robert Glasper. “In history, there’s always something major that turns the tide and Trump is that for us. He makes even the most bigoted redneck think ‘Damn… I am messed up, ain’t I?'”

Trump’s demagoguery and incompetence have made for exhausting times in America. But Glasper says there’s something positive about the country hitting rock bottom — there’s nowhere to go but up. Along with Common and Karriem Riggins, Glasper hopes to provide a motivational soundtrack for the climb.

The trio, known collectively as August Greene, release their self-titled debut this week. Inspirational and frank, August Greene plays like an extension “Letter to the Free,” a politically-charged song about mass incarceration that earned the trio an Emmy Award in 2017 for its inclusion in Ava DuVernay’s documentary 13th. “‘Letter to the Free’ is a brutally honest song about such an important subject,” says Glasper. “To be recognized on such a high level for something like that, I think it means people are waking up. And it’s really great.”

Hope and optimism are the album’s main themes, but don’t expect trite, “feel-good” tunes filtered through a rose-coloured lens. August Greene is a call-to-action, an album that challenges the listener to embark on self-examination in order to improve themselves and their world. The single “Black Kennedy” is about aspiring to excellence, while “Practice” is grave and introspective, a song about allowing for mistakes on the road to greatness. The group’s remake the Sounds Blackness classic “Optimistic” is timely and important, a plea to remain steadfast in trying times. “It’s motivation and it’s hope,” says Glasper the album. “It gives you the feeling that change is possible, and it’s motivation to get out there and make change. You can’t do that by sitting your ass on the couch.”

From shining a light on local activists from Jackson, Mississippi in the video for “Optimistic” to inviting women to take centre stage at their “Tiny Desk Concert” with NPR Music, Glasper and his mates are committed to walking the walk when it comes to highlighting marginalized voices. More than entertainment, August Greene is a tool the group is using to galvanize their fans.

“Music is a form activism. Not everyone will sit down and listen to a speech. Not everyone’s gonna go march. But most people love music,” says Glasper. “If we can sneak something in the music that tells the story something we’re passionate about, in the midst a great melody and a great vibe, that’s the best way to get a message to people.”

August Greene is out March 9 on Amazon Music.