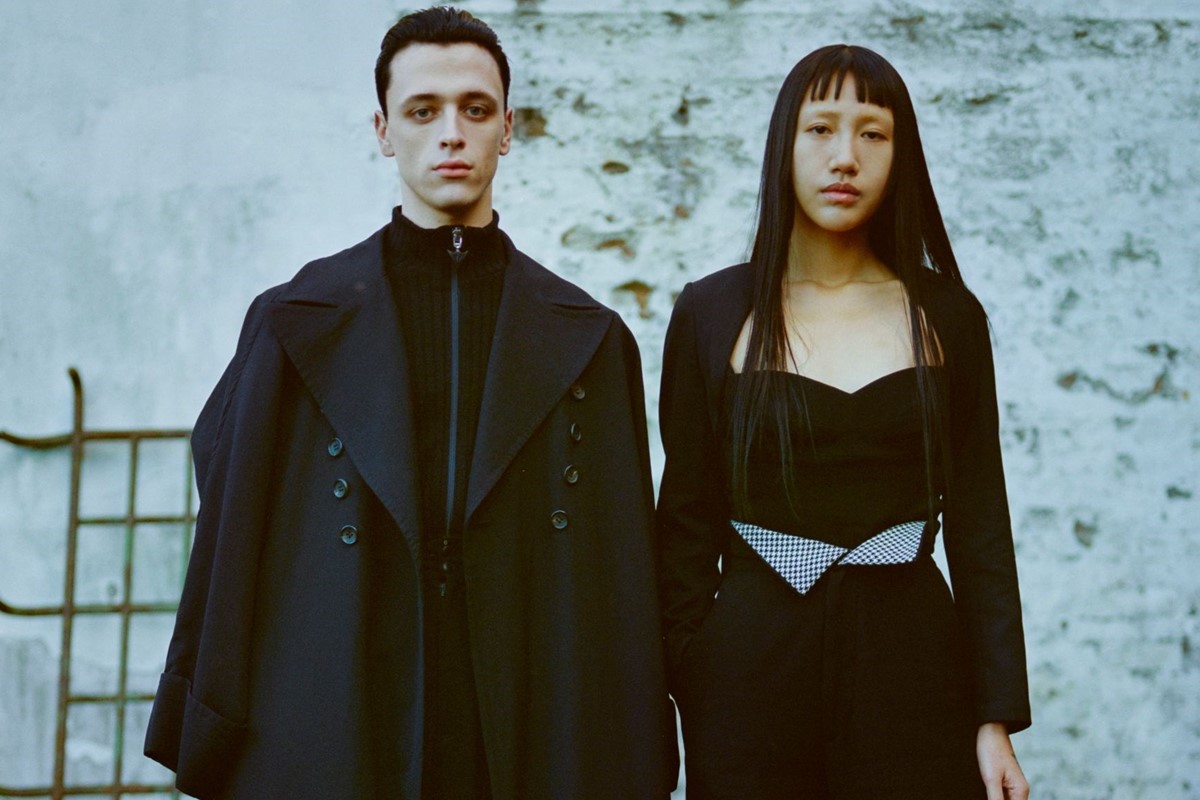 Just off the side of Broadway Market in East London is Aro Archive, a store which looks as much a gallery space as it does a fashion boutique. On the inside, dark, avant-garde garments are hung on walls as if they were meat at a butchers and indiscernible sculptures rise from from the floor like (very expensive) stalagmites. It’s the home of an 8,000 piece fashion archive, a roster of hand-sourced items spanning Japanese, Belgian, French, and British designers. Yet, one name stands head and shoulders above the rest – Yohji Yamamoto.

Yamamoto, the Japanese designer famed for anti-fashion silhouettes and striking drapery, is the subject of the archive’s biggest devotion and a new film, Yamamoto 1983-2016. Directed by Aro’s creative director, Joseph Delaney, the short has been a long time coming. “The film was actually the start of a longer planned project to run alongside, what would have been, the first archival, single designer runway show on schedule for London Fashion Week Men’s in June 2020,” he explains. But then, as we’ve heard all too many times this past year, “the pandemic hit”.

Little did Delaney know, just a few months later, a Hackney neighbour, LN-CC, would come looking for a partner to contribute to its archival series. It didn’t just make sense to join forces, it was a total stroke of luck. And so ARCHIVE 08 was born, the LN-CC, Aro curation of a 30 piece Yohji Yamamoto drop, which goes live on Friday, March 5.

Known for its fashion week parties, space-age interiors, and expertly crafted buy, the Dalston based concept store, LN-CC, has been revisiting the legendary archive sales of its early years in celebration of its ten year anniversary. Only this time round, they’re turning up the temperature and partnering with a slew of archival specialists, collectors, and upcycling designers, which Eshaan Dhingra, the store’s Menswear Buyer believes “will push our conscious initiative even further through the re-selling of unique vintage pieces.”

It’s a cause close to Aro’s heart, too. Beyond an obvious admiration of craft and construction, the Aro Archive “cares so much about the personal lives of clothes”, worrying that culture has “done a giant pendulum swing back to commerce and commodification”. To combat this, Aro’s Yamomoto short presents the idea of clothing as a talisman, as something which sees us through life’s highs and lows. Through “the mundane to the mystical, the clothes that accompany us along the way are all part of the magic” Delaney notes.

He teases that “the only goal of the film was to make people cry” but really, the motivation was simply to make people feel something. Centering three narrative strands (comprising of Yamamoto clad youth, the middle aged, and elderly), the short goes some way to reflect the poetry in life’s infinite experiences. “We wanted it to feel like it could have been made by Yohji himself, we didn’t want to take too much away from his vision of clothing” says Ariana, Aro Archive’s owner. The film, as a result, is slow and languishes in wistful stares and heavy sighs, “subtle movements and light changes, which mirror the obscure beauty in Yamamoto’s work”.

But why, out of Aro’s vast archive has Yohji Yamamoto taken centre stage? For Delaney, Yohji’s back catalogue resonates with Aro’s own ethos: “the acknowledgement that clothes are made to be worn and how that connects to a realistic sense of living, breathing communities”.

As much as Yamamoto is a master tailor, a poet of black, renowned for his renegade aesthetic, he is also a practical designer. You don’t have to intellectualise a Yamamoto garment in the same way you might with, say, a piece of Comme des Garçons. True to this sense of humility, the casting for Aro’s film came from its immediate world, including relatives, interns and loyal customers, who came together to paint a picture of a designer whose work has forged its own devoted community.

Through a cyclical approach to buying fashion, LN-CC and Aro Archive hope to energise more of these communities, envisaging a future where we trade not only in goods, but histories, lives and experiences. After all, an archive is not just of physical garments, but the people, places, attitudes, and moments that once stood within them.

ARCHIVE 08 launches on Friday 5th March, 2021 and is available exclusively on LN-CC.com. In the meantime, click below to view Aro Archive’s Yamamoto 1983-2016: