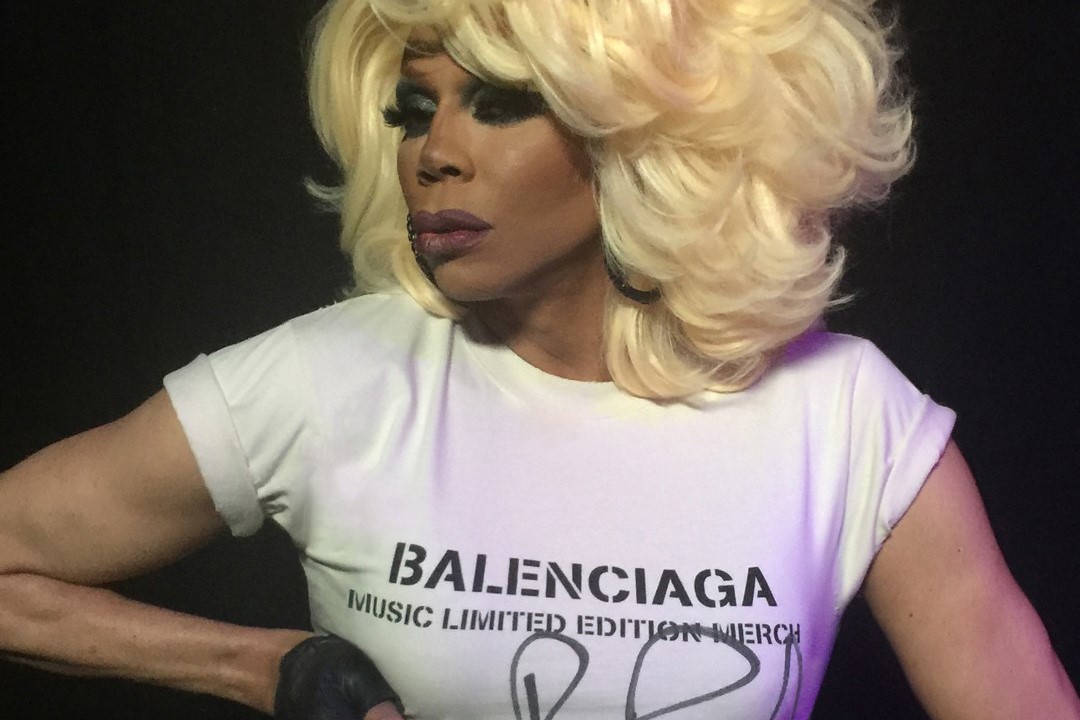 You better… wear it!

Last year, in the thick of lockdown, Demna Gvasalia dropped a chaotic playlist on Balenciaga’s Apple Music account. The eclectic line-up featured everyone from George Michael, Barry Manilow, and Selena Gomez, to Nine Inch Nails and Lana Del Rey, and heralded the start of a new series of musical drops.

Soon after, the designer invited longtime faves Rammstein to get in on the action and curate their own playlist, which dropped alongside a collection of exclusive band merch back in April.

Now, Gvasalia has revealed his second musical collaborator, and, given she follows in the footsteps of a group of German heavy metallers, it’s looking like the series’ guests will be as eclectic as the tracks they pick. Step forward: RuPaul.

Announced on Instagram this afternoon, the drag icon is behind a glittering disco, house, and pop-heavy selection of hit after hit after… well, you get the idea.

As well appearances from a succession of bonafide icons guaranteed to get the girls and the gays riled up – plus anyone else who has a modicum of taste tbh – including Madonna, Kylie, Lady Gaga, and Mariah, Britney, Bey, Missy, Nicki Minaj, and Rihanna are also in the mix.

Elsewhere, Mama Ru drops in her own track “Sissy That Walk” (because why not?), and finishes off with tracks from The Supremes, Donna Summer, and Dead or Alive.

As with April’s Rammstein drop, there’s also a selection of merch for fans of Balenciaga and Ms. Charles to get their hands on – including a tight cap-sleeved tee bearing the brand’s logo and Ru’s autograph, as worn by the star herself (and fellow OG club kid Susanne Bartsch) in a set of accompanying pics.

Take a look through the gallery above and head here to listen to Ru’s Balenciaga playlist.